The worldwide rise of the vegan diet is pushing cultures to innovate more. Around the world, entrepreneurs, food scientists and culinary geniuses are innovating new plant-based alternatives to fight the climate crisis and end unnecessary animal suffering. However, the notion of plant-based eating is still in the early adoption phase. Whether you’re in North America or Asia, food cultures have become even more polarized, especially from the outside. Both the North and the South have earned an unsavory reputation for the declining dog meat trade. Granted, about a million dogs are slaughtered each year in South Korea for their meat, but for that extreme there is another. South Korea is well positioned to become a market leader in vegan meat alternatives. Several recent plant-based brand launches and a boom in new vegan products, along with a cutting-edge cultured meat sector, position the country as one to watch in the global plant-based space.

The increase in meat consumption over the decades is reflected in North American and Korean cultures. In South Korea specifically, pork is king. Between 1980 and 2018, pork consumption in South Korea increased by 6.3 kg per year to reach 27 kg per year, an average increase of 3.9% year-on-year. The popularity of chicken and beef has also increased, although in 2018 South Koreans only consumed 12.7 kilograms of beef and 14.2 kilograms of chicken each year. Pork is at the center of countless Korean dishes, from pork bulgogi (dweiji bulgogi) with pork belly and pork cutlets (donkkaseu). Spam is also extremely popular in South Korean cuisine. The nation is the second largest spam consumer behind the United States. To meet demand, an average of 18 million pigs are slaughtered each year in South Korea. Given this addiction to meat, a shift to purely plant-based vegan diets is unlikely. Many people need a high-quality alternative – an animal-free food that offers the familiar tastes and textures of animal meat. And Korean innovators are stepping up to fill this gap. 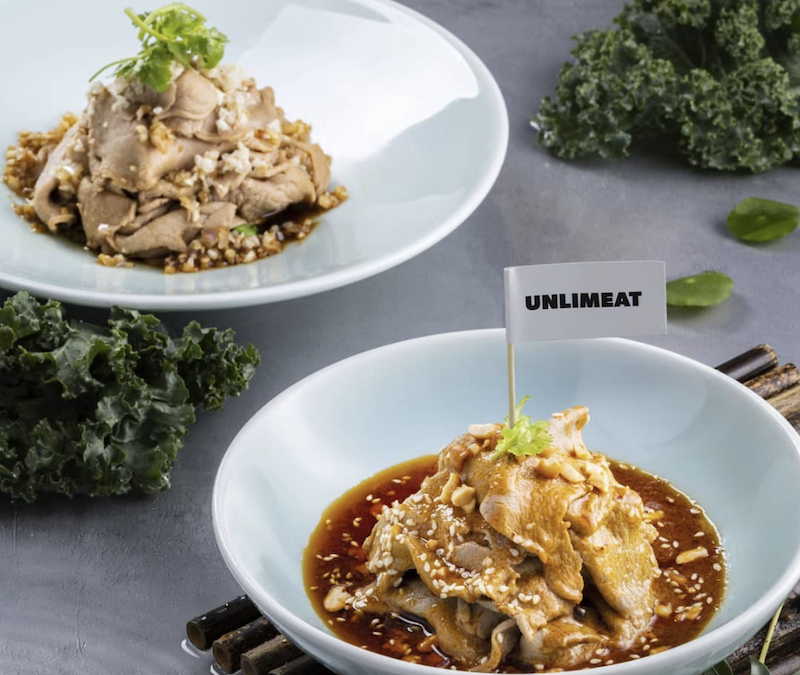 The Rise of the South Korean Vegan

With the emergence of promising vegan alternatives and a major reality check from the coronavirus pandemic, the plant-based diet is trending among South Korean consumers. A GlobalData Q1 consumer survey in 2021 found that 55% of respondents would cite health as the main reason for buying herbal products, and 37% said the onset of the pandemic made them extremely or somewhat concerned about their health. According to the Korean Vegetarian Union, half a million South Koreans have identified as true vegans, while another 1.5 million have identified as vegetarians or mostly plant-based. Given these numbers, the vegan population has tripled in the country over the past decade, but it’s the significant increase in flexitarians that has caused such a boom in the herbal market. The Korean Vegetarian Union estimates that 20% of South Korean citizens identify as flexitarians. Although this term is rather vague, it describes an omnivore who is generally more open to plant-based options. This is the person who buys almond milk instead of cow’s milk, but can still indulge in cheese once in a while. They aren’t afraid to try a new plant-based menu item instead of their meat-based choice at restaurants. They can participate in Meatless Mondays. In South Korea, and perhaps globally, the openness and curiosity of flexitarians may be key to the success and growth of vegan alternatives. 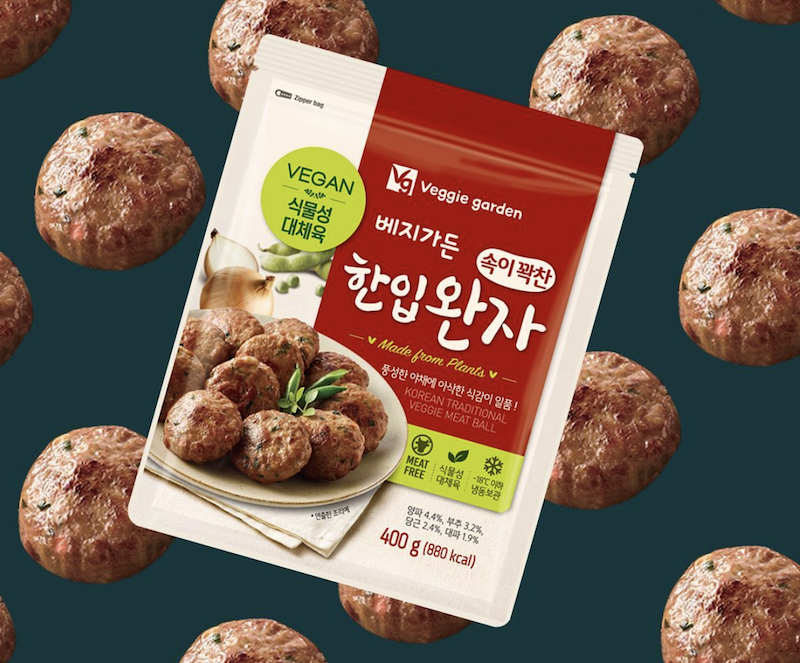 South Korea’s most prominent vegan beef brand has seen significant growth in recent months. The company raised $23 million in fall 2021 and announced the construction of a new manufacturing facility which will be one of the largest factory facilities in all of Asia. The nearly 97,000 square foot building will dramatically increase Unlimeat’s production of vegan floors, strips, patties and more. Unique to most meat alternatives, Unlimeat products are made from recycled grains, oats and nuts that would have been discarded due to cosmetic imperfections. The brand is part of a larger South Korean food company, Zikooin, which was recently founded in 2017. The parent brand is striving to get Unlimeat into international supermarkets as well as foodservice. To this day, Unlimeat Slices can be found in South Korean Subways and Domino’s Pizza. In the United States, some products can be purchased through Wooltari Mall USA, a Korean online retailer.

In the dairy department, this Korean food tech company is making waves beyond its country’s borders. After partnering with a US subsidiary, Armored Fresh, to develop a line of shredded cheeses, slices, cubes and spreads, Yangyoo will showcase its dairy-free cheeses at CES in Las Vegas this month. The company has yet to announce when these products will be available to consumers.

The South Korean vegan market is not exclusive to exclusively vegan brands. CJ Cheiljedang, a South Korean food company juggernaut with multiple brands under his name, including the licensing and distribution of Hormel (aka Spam) products, introduced a new plant-based offshoot called PlanTable. This year, the brand is expected to launch more than 20 new products, from soy meat dumplings to vegan kimchi. The dumplings have already landed in Australia and Singapore, and there are plans to distribute these products in Europe and the United States.

This 40-year-old South Korean tofu maker is getting into the plant-based meat business. Most in the United States will recognize its brands Nasoya and Wildwood, though the soybean megalith can name several other offshoots in its home country. The first eight products debuted in November 2021 in the form of crumbles and soy-based offerings, but the brand also plans to make inroads in the United States. The next Plantspired range will be launched in America with a range of meatless patties, skillet dishes, ready-made Bolognese and stir-fry “tossables”. The US debut date has yet to be released.

Purely for catering, this vegan deli company was born out of Shinsegae Food, a Korean food retailer and distributor. It is also the largest Starbucks shareholder in South Korea. As such, he leveraged this position to introduce plant-based cold sandwiches to Starbucks locations nationwide. Current options include three types of vegetable ham: bologna, bologna and a German-style ham. Bulgogi and sausage are next in the line of development. 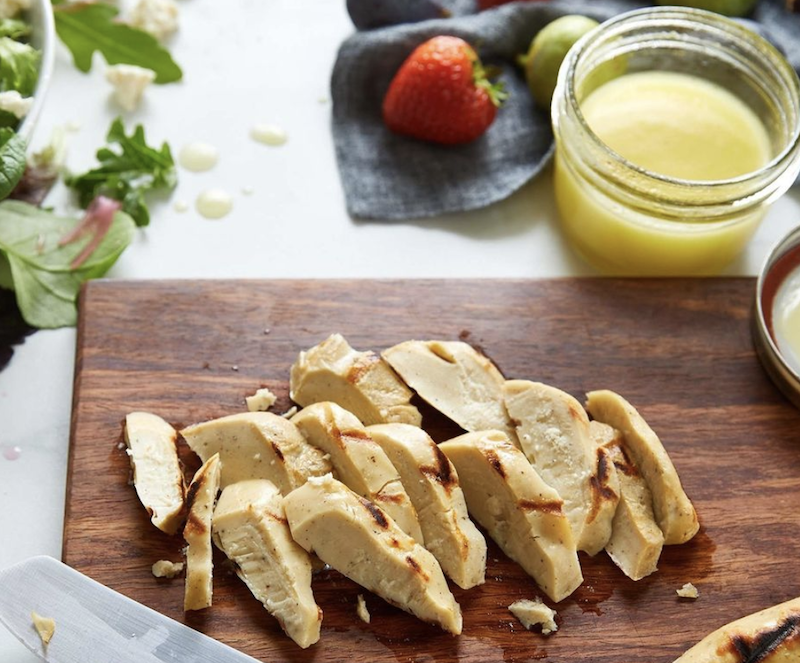 Beyond plant-based protein options, South Korea has joined the race for cell-based meat with the goal of not just making these products available to the public, but improving processes. In December 2021, CellMEAT released images of its Dokdo Shrimp, the first of its kind. The shrimp was created without fetal bovine serum, making the process not only more efficient but more ethical. While the practice of harvesting tissue from unborn cows was considered the norm when cultured meat caught on, companies are looking for more cost-effective and ethical methods to recreate animal muscle tissue. CellMEAT’s proprietary serum-free culture could be a game-changer. After declaring shrimp a hit, the company is working to reduce the cost of production and looking at other seafood options like king crab and lobster.

On the land side of meat, researchers from Sejong University revealed the country’s first farmed pork last spring. The ultimate goal of the product is commercialization, although more funding is needed to make that leap. In the meantime, the university team is working on a beef prototype.

Like most countries, South Korea has not yet established regulations regarding cultured meat. Currently, Singapore is the only country to approve the marketing of cultured meat, although Qatar is expected to be next. GOOD Meat, the cultured meat arm of American brand Eat JUST, known for its plant-based liquid egg, is the only cultured meat served in the world, in the form of cell-based chicken.

South Korea is charting its own course with the plant industry. Globally, the vegan market has relied less on import and more on at-home innovation. Instead of shipping products from one of America’s leading meat companies such as Beyond Meat and Impossible Foods, nations create their own products and share them overseas. The industry has become a two-way street – a constant sharing of ideas, foods and tastes that inspire and excite both consumers and entrepreneurs who are oceans apart. It’s not a competition, and the world still has a ways to go when it comes to a majority vegan population, but the more we work together to make these products more accessible, the closer we get to a more compassionate and sustainable planet. .

Tanya Flink is a digital editor at VegNews as well as a writer and runner living in Orange County, California.