Head to Singapore to discover its enchanting secret: a remarkable street-food culture with a high concentration of Michelin-starred chefs. In Mexico City, paleteros are an oasis of popsicles and candy in the relentless summer heat. As for the United States, food trucks are going the extra mile (literally) to assert themselves as a cultural institution. The chefs behind the wheels feed the mouths as far as these wheels will take them. You’ve voted, and here’s your list of the best vegan food trucks across the United States.

Owners Matt and Angie Barrell met while working in the kitchen of an assisted living facility where a few meatless Mondays and a visit to an animal sanctuary put them in business. Order the Stairway’s Buff Chick’n Sandwich with a side of golden tater tots coated in a velvety cheese sauce! It will be even better knowing that they use 100% compostable packaging and cutlery. 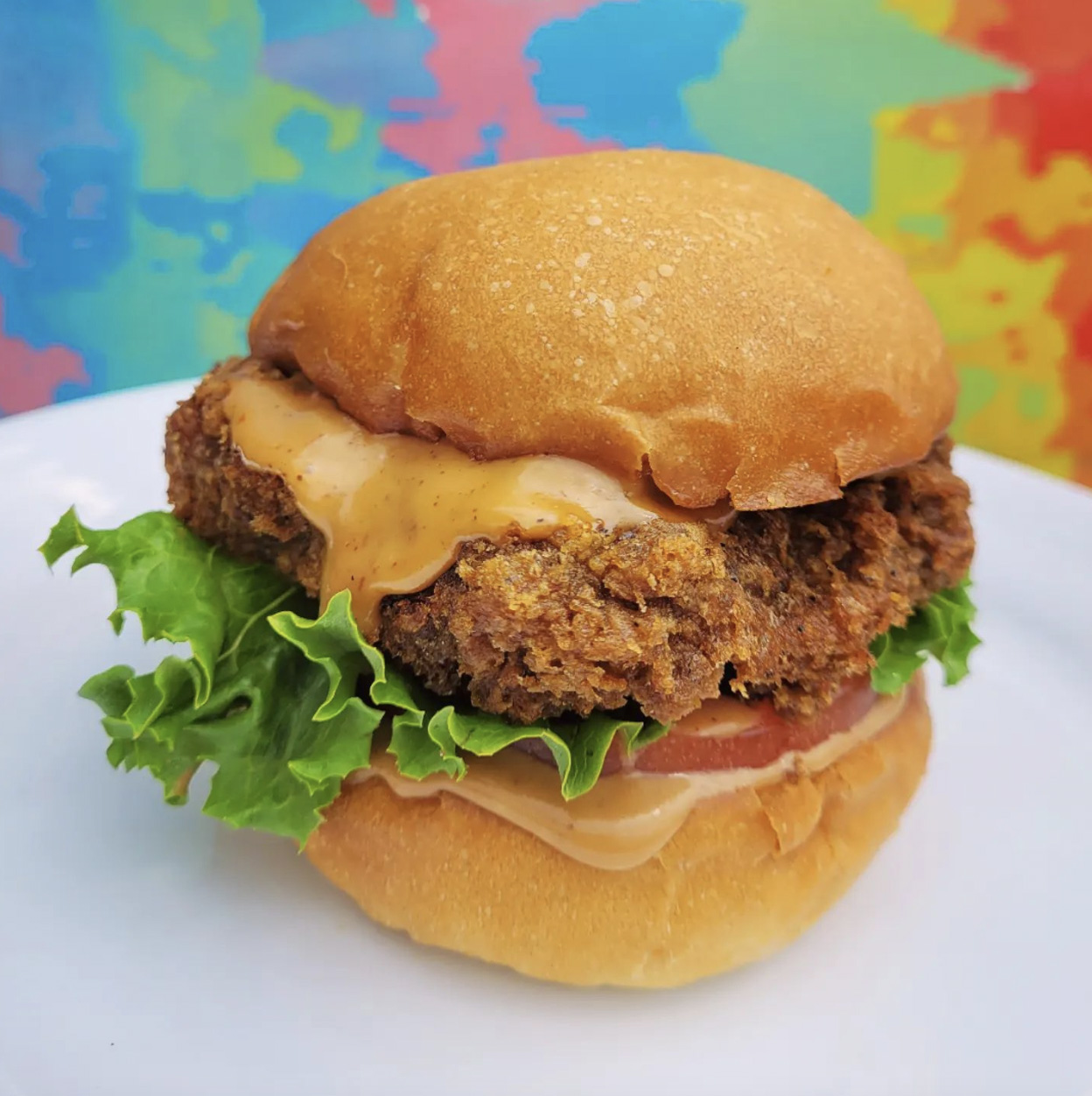 The wet streets of Portland are a far cry from windy, beachy Baja, so let the food do what food does best: carry you. Vegan food to the rescue! La Taquiza’s taco plate includes three made-to-order tacos with your choice of jackfruit, tempeh, mushroom, and crispy cauliflower toppings. Make it a combo by adding a side of rice and beans. 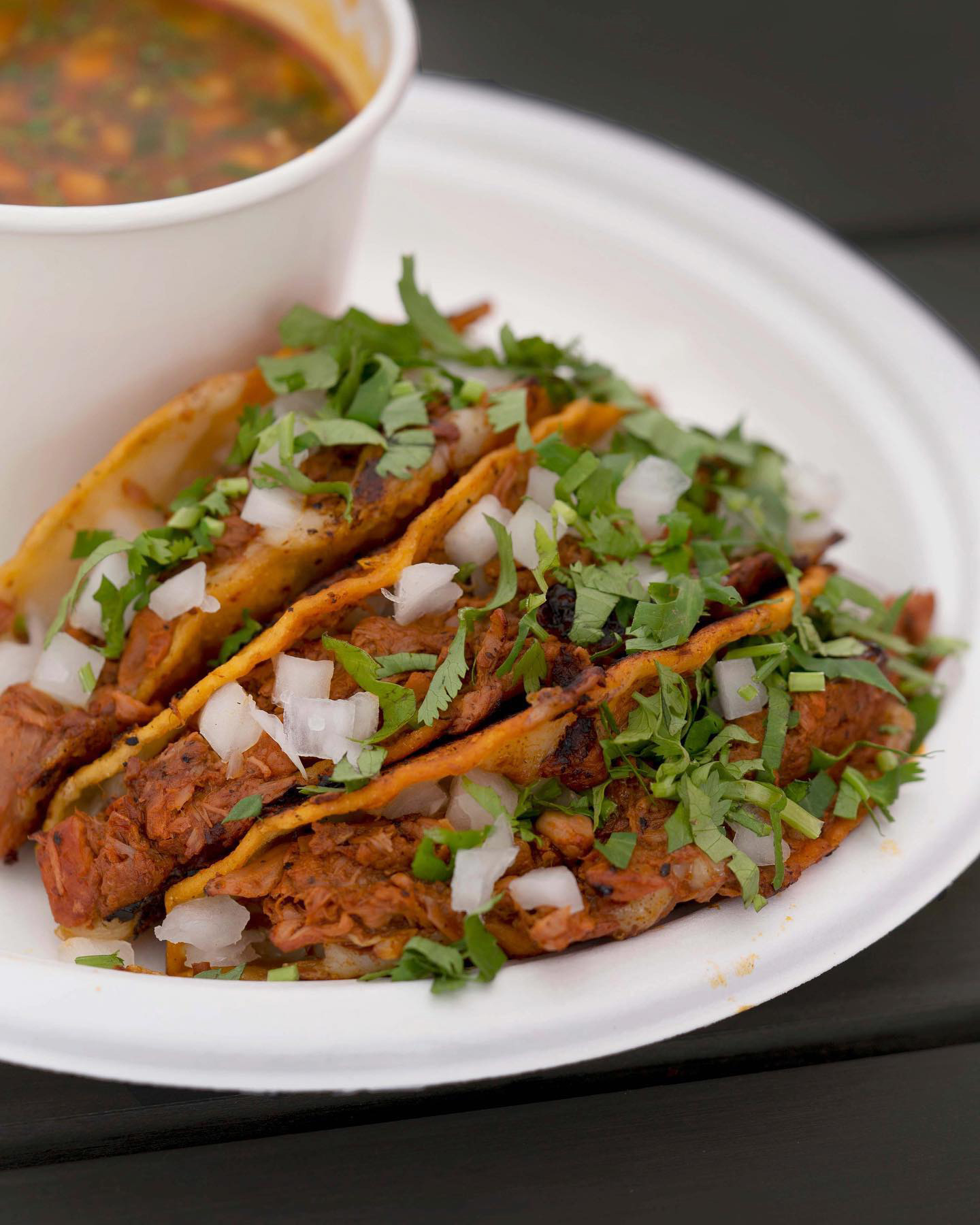 Every foodie’s origin story begins with the first bites of a dish like MANEATINGPLANT’s Fried Mushroom Bao. The steamed buns are as soft as the beer-battered king oyster mushrooms are crispy. As for homemade hoisin and crispy chili? Soft and shiny with a kiss of warmth and a hint of salt. The rest of the menu is plentiful with just as much promise and features Sichuan wontons, garlic noodles and spam musubi. 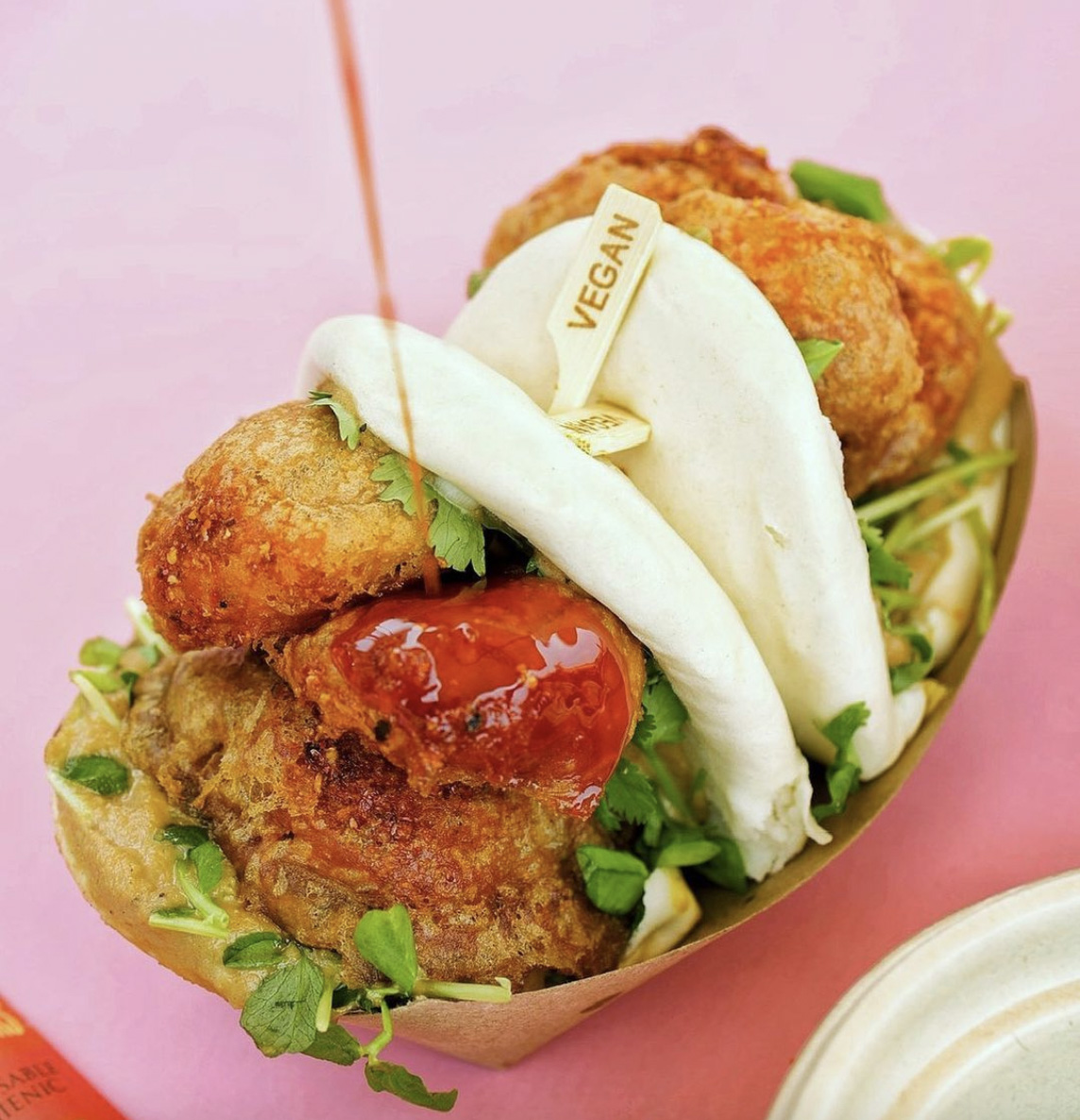 Lettuce Feast has earned a reputation in and around Los Angeles County for frying some of the crispiest, meatiest vegan fried chicken. Now, crowds are also raving about the custard-like banana pudding topped with cookie bits and banana slices. 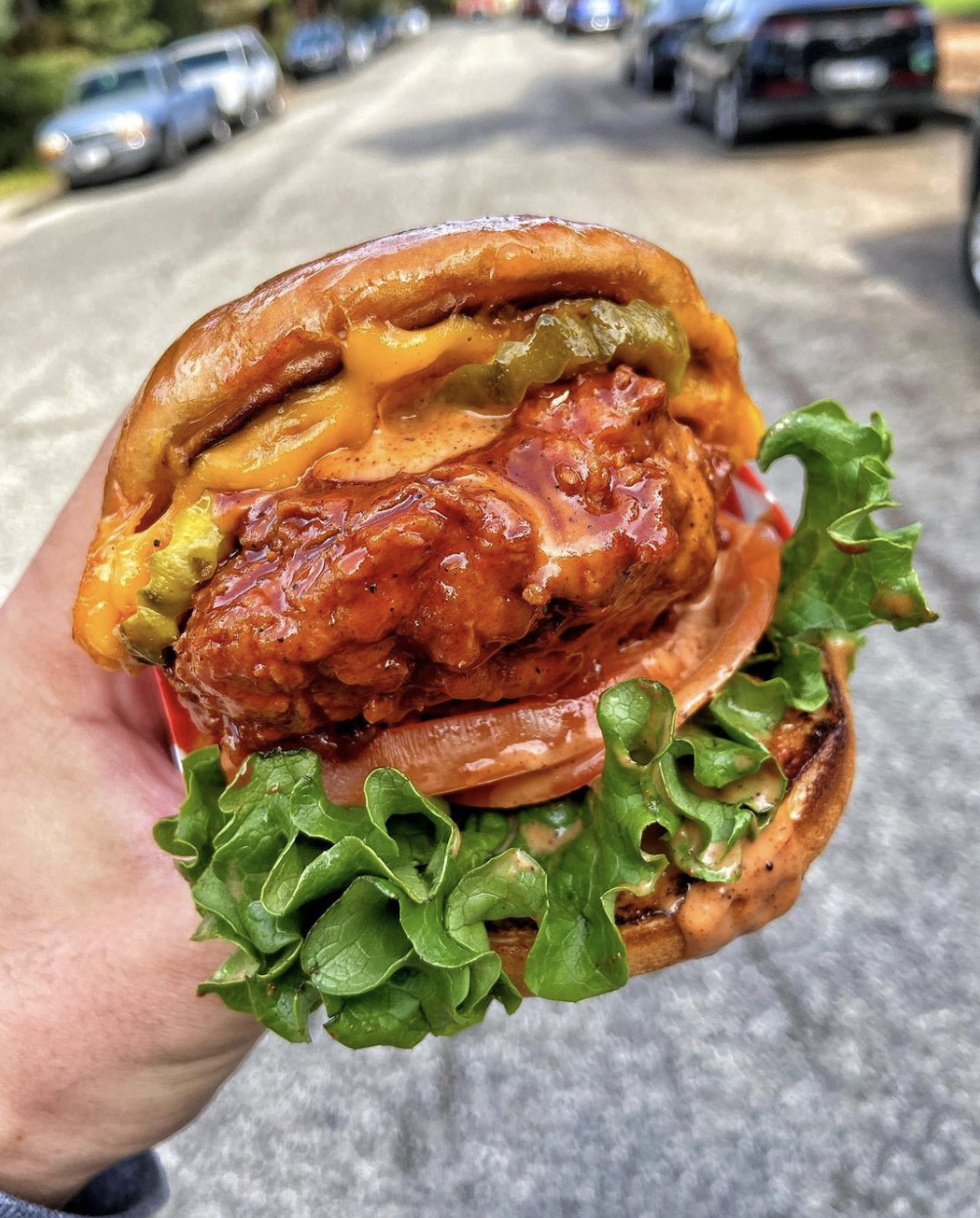 Recognizing the link between nutrient-deficient diets and chronic disease, chefs Ronnishia Johnson and Rheema Calloway merged their minds and spices to create The Vegan Hood Chefs. Their goal is to educate communities of color about the existence of innovative yet recognizable, appetizing, and nutrient-dense plant-based meals. Their chicken and waffle starts with crispy Lion’s Mane mushrooms tossed in jerk sauce, served on a cornbread waffle and finished with lemongrass agave syrup. 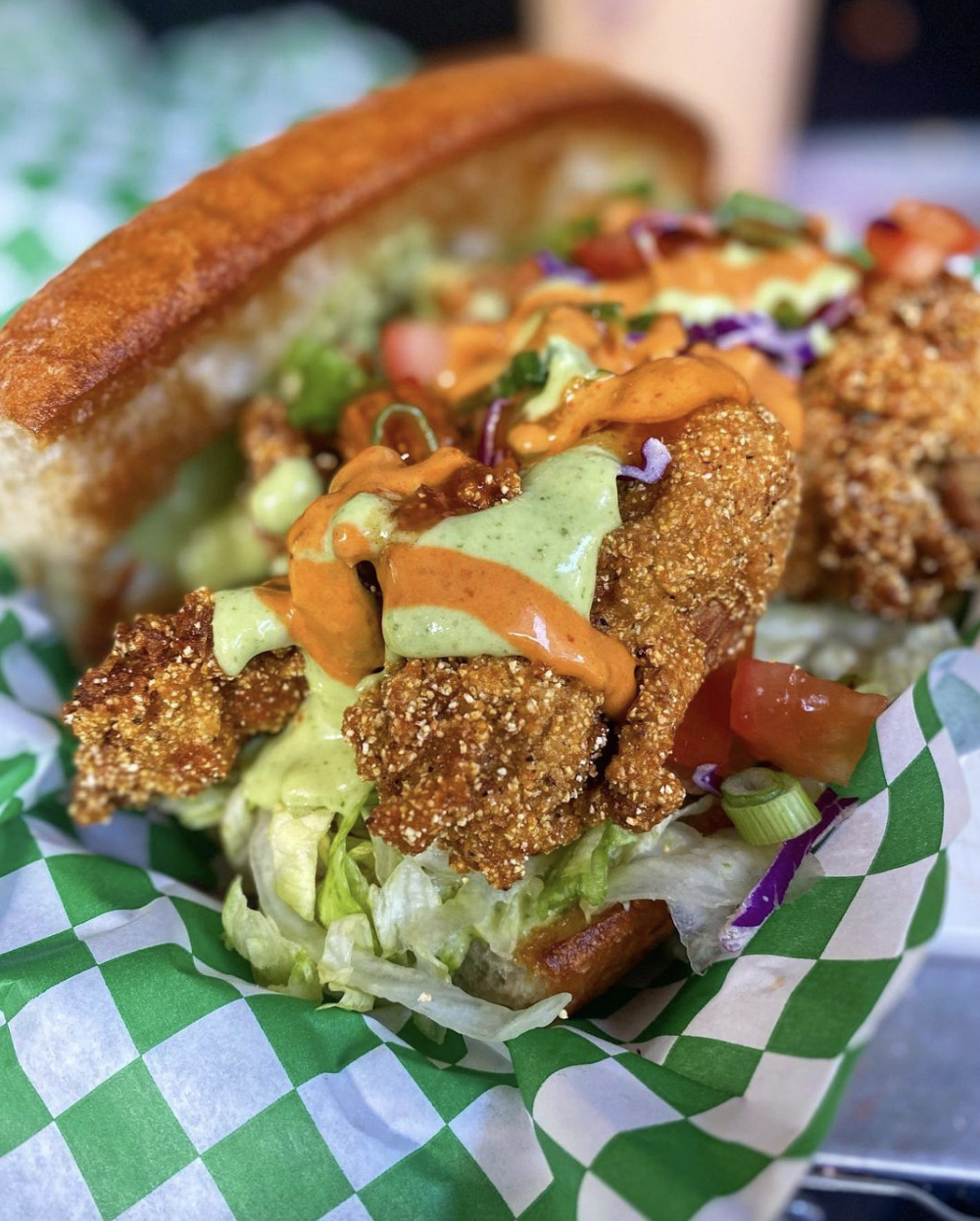 Louisiana is the birthplace of Creole cuisine, and despite the influence of West African, French, Spanish, and Armenian cuisines, Creole has retained a distinct identity. Voodoo Vegan pays homage to these global flavors with rich, flavorful gumbos, bayou-style shrimp po’boys, and generous helpings of red beans and rice. 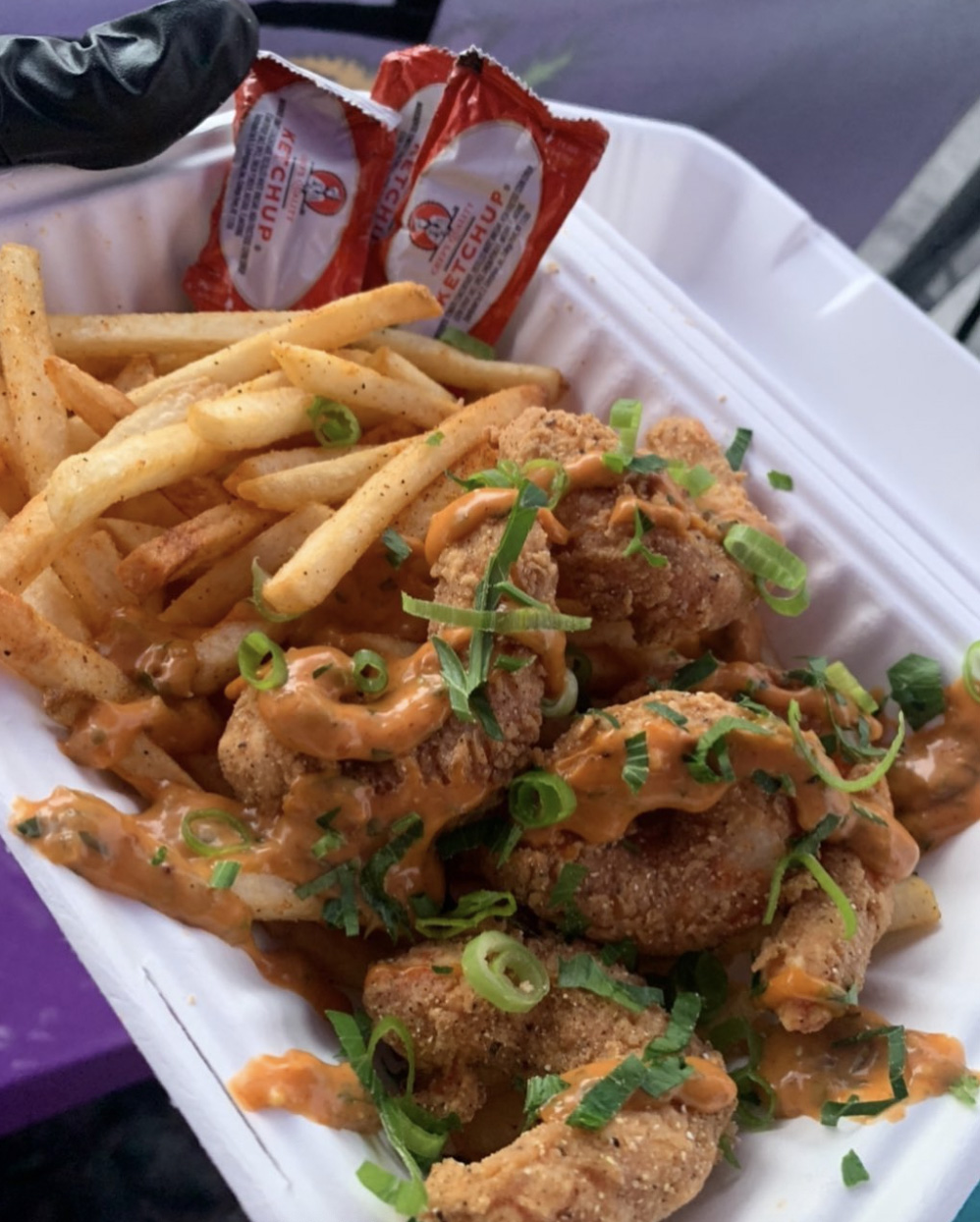 Burgers and beers complement each other so well that many people order them together as if on instinct. It’s also why you’ll often spot Vegan Hooligans parked outside L.A. breweries tossing slushy sourdough patties, soy-based barbecue wings and chili cheeseburgers with sloppy joe sauce. . 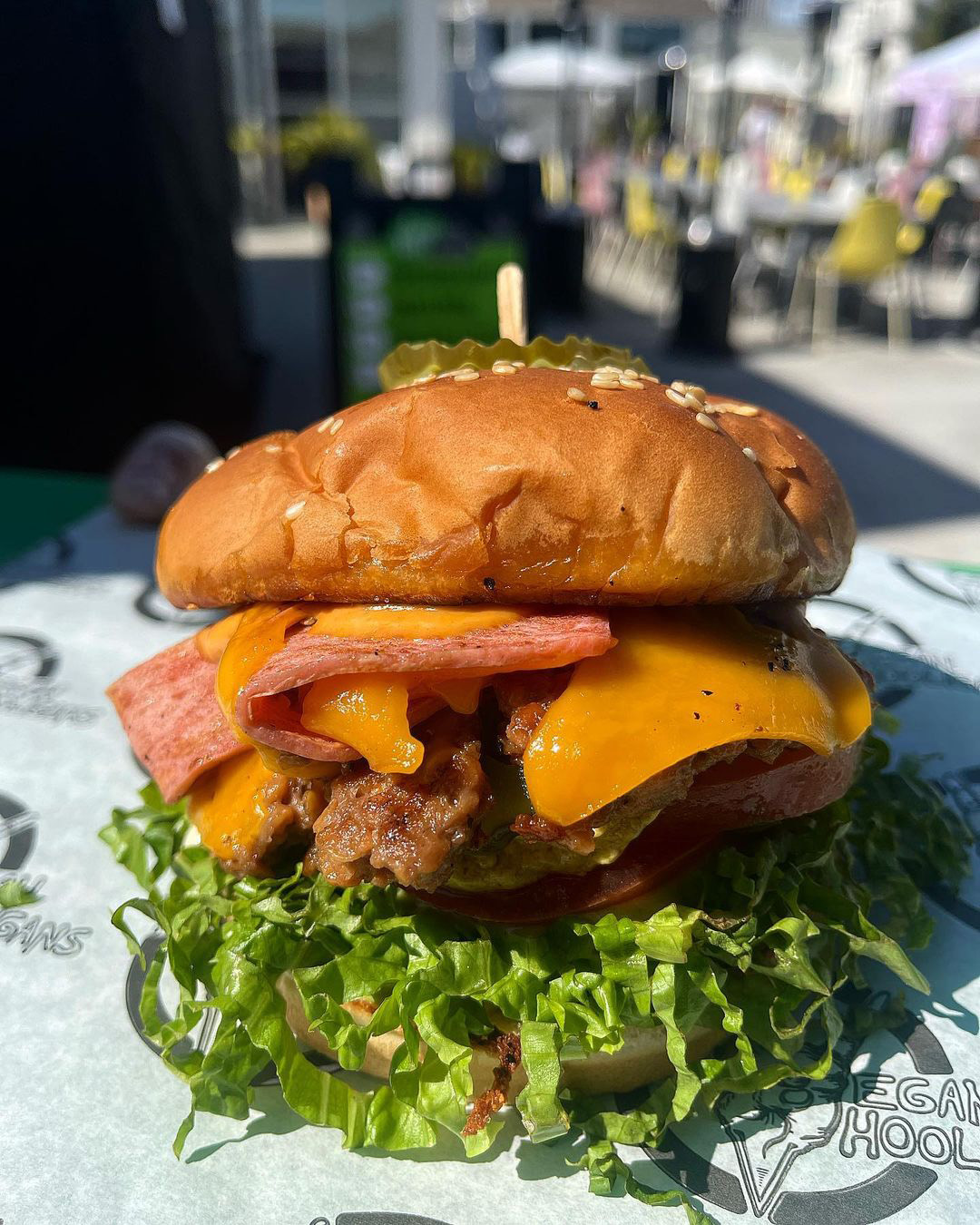 Dim sum is a show. Endless tapas style, if-we-really-ate-that-a-lot show. But dim sum is usually an opportunity for chefs to feature pork and seafood in a series of several courses, which makes Plow Bao an obvious standout. April saw the return for a limited time of banh mi tacos (fresh cucumber, pickled daikon, sriracha mayo, cilantro, carrot, jalapeno), while crab rangoons stuffed with cream cheese and green onions and fun noodles to the ox are the pillars. 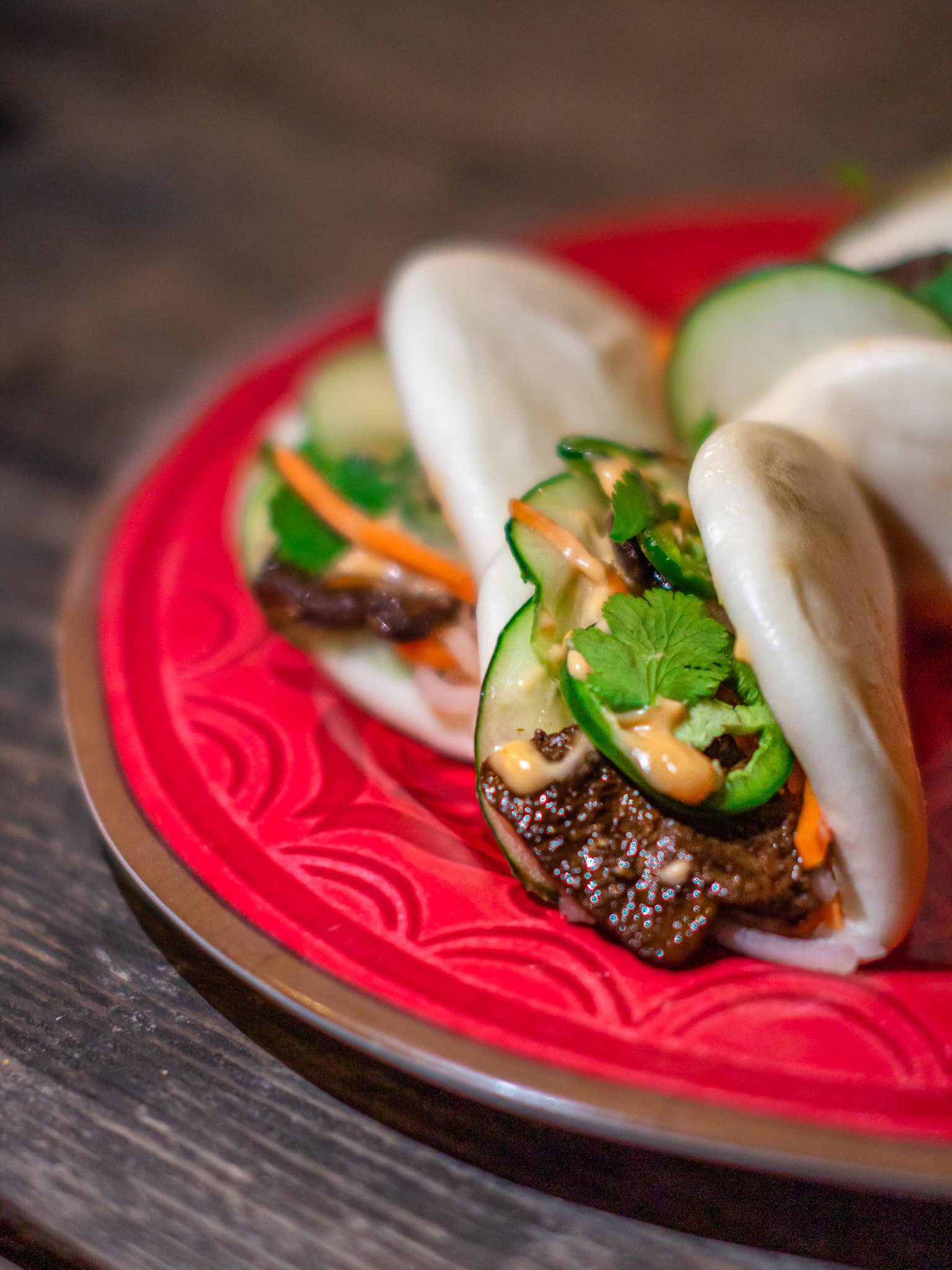 The name of the game is spring rolls, and the rules are to give up everything you think you know about them. Where else have you had a hot spring roll filled with apple pie sprinkled with powdered sugar and served with a sidekick of caramel? Or an egg roll cheeseburger with vegetable bacon, Beyond Beef, caramelized onions, cheddar and pickles? This vegan food truck knows where it’s at. 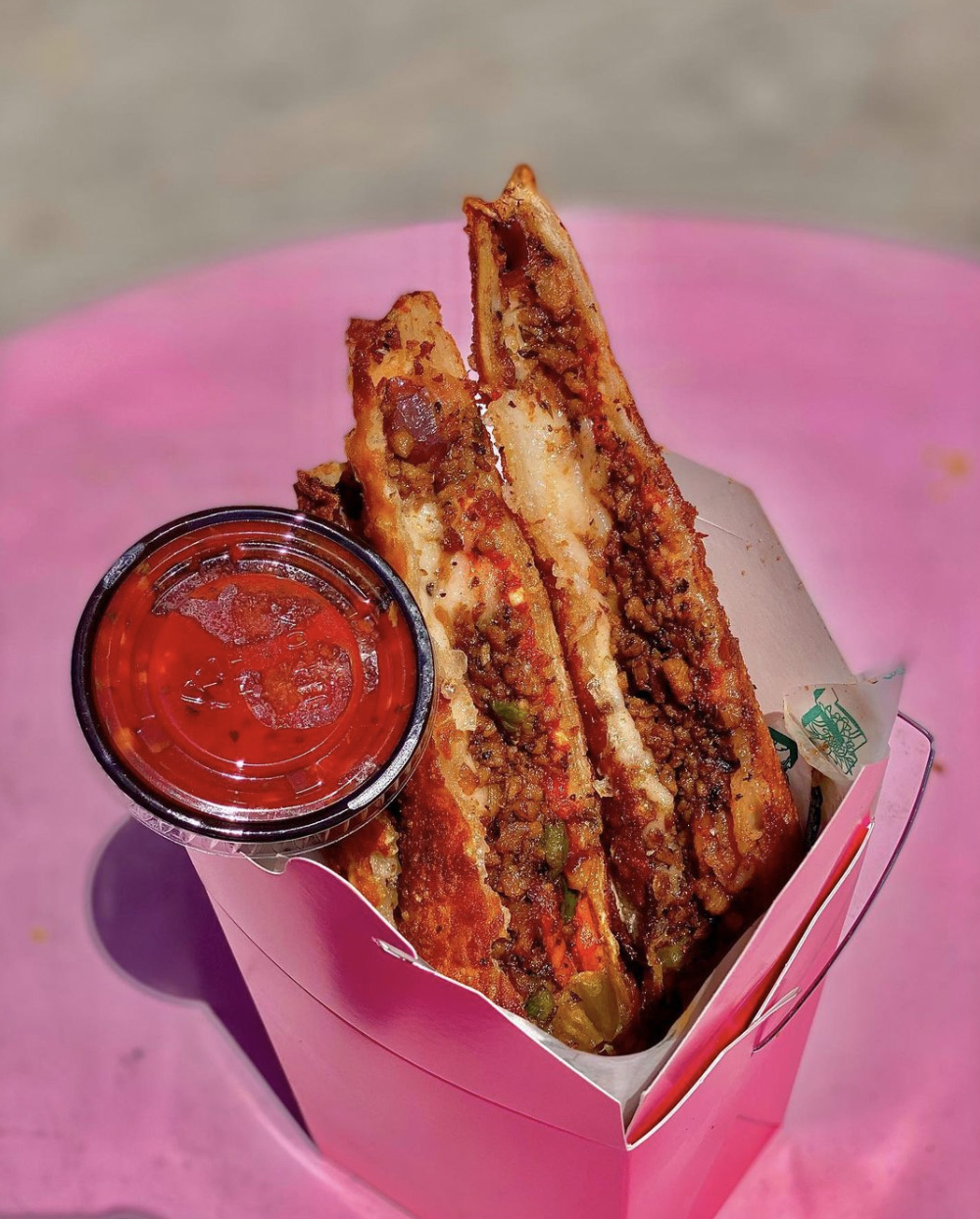