The Milky Way is home to 100 trillion stars. There are so many that it is difficult for the human brain to understand and visualize. But if we’re talking numbers, our own bodies can beat the galaxy. Our guts contain trillion of bacteria, all of which play a vital role in maintaining overall health and well-being.

Research suggests that gut health may be able to influence everything from anxiety to bloating to serious digestive upset, which is why it’s so important to take it seriously. Many factors can have an impact, such as high levels of stress and lack of sleep, but diet also plays an important role.

Here, we’ve helped select some of the best vegan foods and recipes for optimal gut health. But first, let’s look at what the gut actually is.

What is the intestine?

Although commonly referred to simply as “the intestine”, this term refers to the gastrointestinal tract. It comprises several organs, including the esophagus (the long tube that carries food to the stomach from the throat), the stomach itself, and the small and large intestines.

The whole system is filled with microorganisms (not to scare you, but they are tiny living creatures), and most of them, about 90%, are bacteria. These microorganisms are what experts mean when they refer to the “gut microbiome.”

Overall, the gut microbiome is larger than our brains and weighs about two kilograms, about the same as a standard-sized brick.

There are many different forms of bacteria, but there are five main types in our gut: bacteroides, firmicutes, actinobacteria, proteobacteria, and verrucomicrobes. They have an important role to play in the daily functioning of our body. They help break down food, for example by providing us with important nutrients. 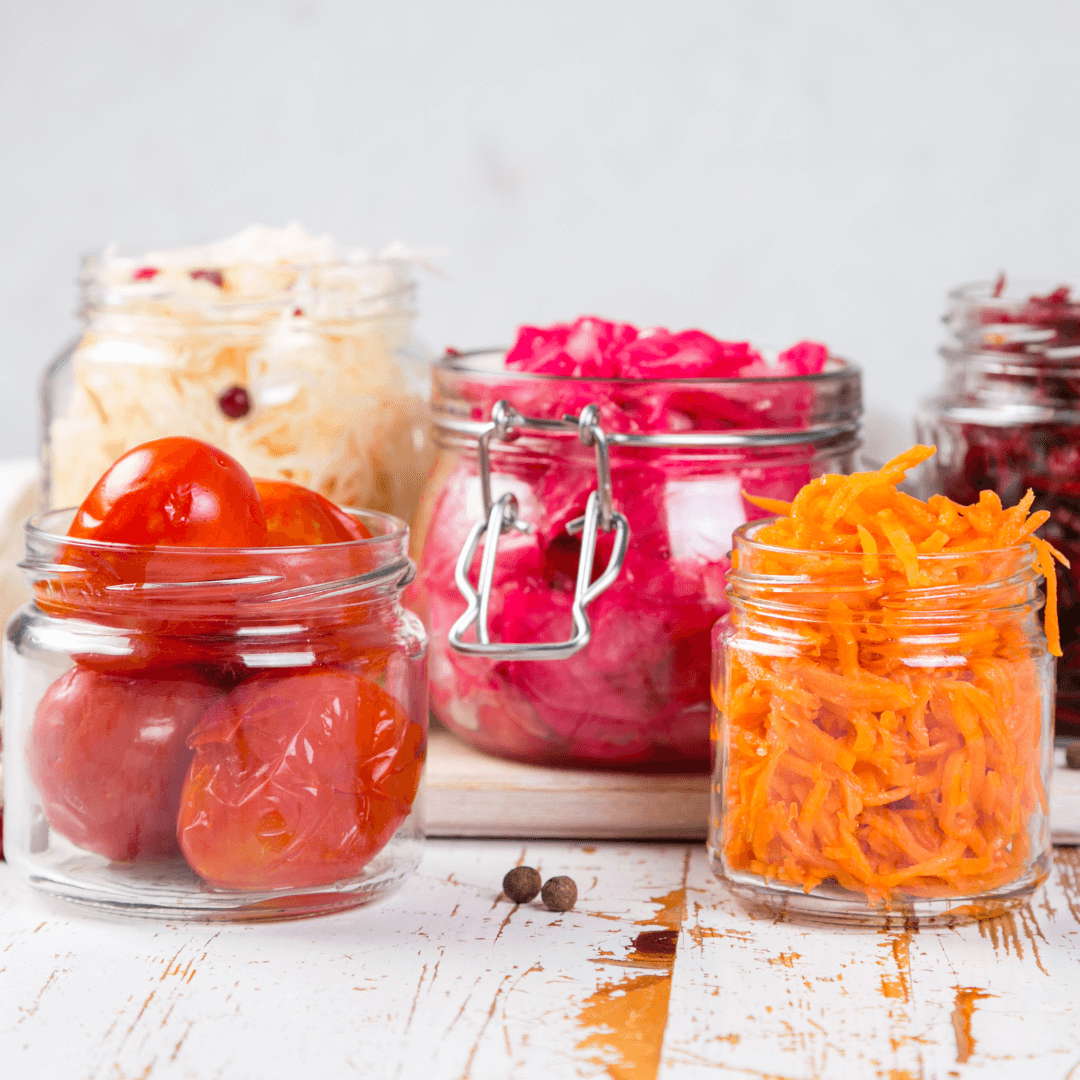 But the role of intestinal bacteria is much more important than simple digestion. Too much “bad” bacteria can increase the likelihood of painful and uncomfortable conditions. In 2020, research suggested there may be a link between a genus of bacteria called Brachyspira and irritable bowel syndrome (IBS), for example. There is also evidence to suggest that people with Crohn’s disease have higher levels of another type of bacteria called Klebsiella pneumoniae.

On the other hand, bifidobacteria are a form of good bacteria. Some of its strains may help protect against bad bacteria and relieve painful symptoms of IBS, like stomach pain and bloating. Lactobacillus acidophilus is another genus of helpful bacteria, it can help the body absorb nutrients and control “bad” bacteria.

Research suggests that other types of good gut bacteria can also have a big impact on mental health. Lactic acid bacteria, for example, can produce gamma-aminobutyric acid, which can help calm us down. It regulates nerve cell hyperactivity, which is associated with anxiety and stress.

What is Gut Health?

Gut health refers to maintaining a good balance of this bacteria in the gut. By supporting “good” bacteria in their role of controlling “bad” bacteria, we can help support many aspects of our overall well-being. 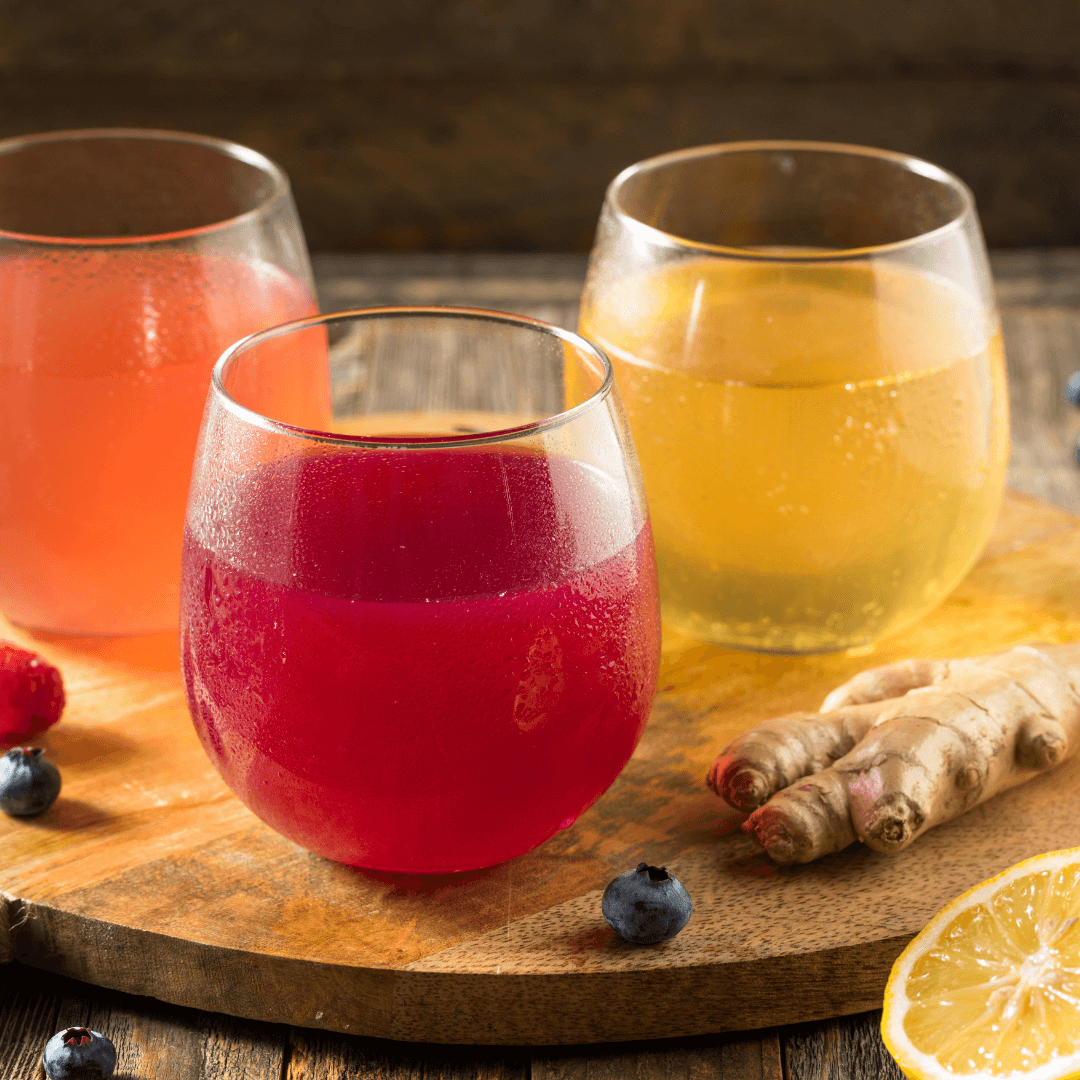 Diet is one of the best ways to support gut health. consuming nutritious foods supports good bacteria and helps keep everything balanced and healthy. But supplementation is also becoming more popular.

To add more “good” bacteria to your gut, one option is to take probiotic supplements. But scientists are still learning about their benefits.

However, research suggests that probiotic supplements can help restore the balance of bacteria in your gut. This balance can be threatened by the use of antibiotics, for example, and supplements, which are often vegan, can help counter their impact. 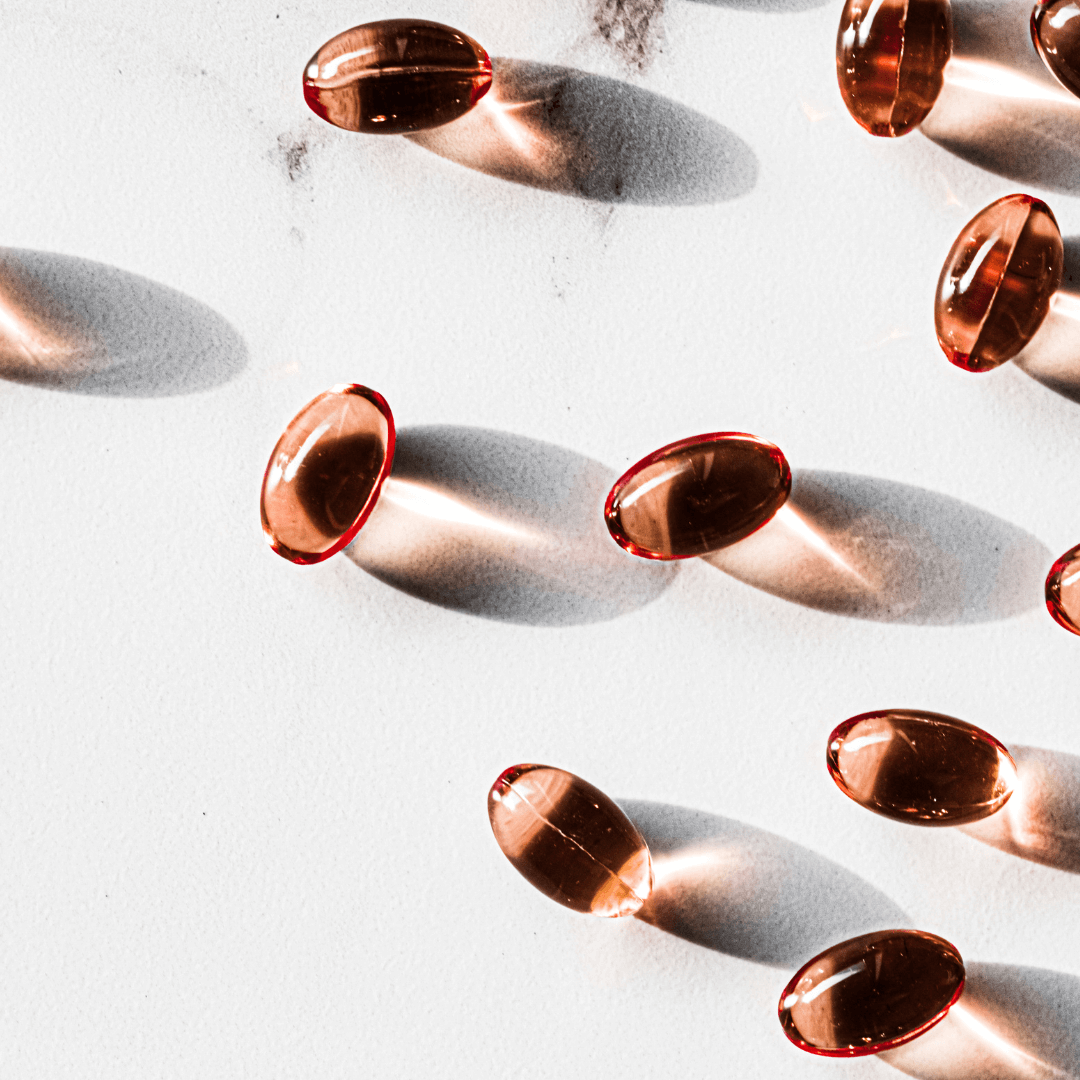 However, it is important to be careful when purchasing probiotics, as their production is not regulated or supervised by the Food and Drug Administration (FDA).

“It’s unclear whether probiotics that can be purchased at pharmacies and health food stores are high-quality products,” Harvard Health warns in a blog post. “It’s even possible that some lower-quality products don’t even contain the probiotic bacteria listed on the label.”

If you want to take probiotics in supplement form, the best thing to do is to consult a healthcare professional first.

The best foods for gut health

You don’t need to take supplements to support your gut. You can eat foods, many of which are vegan, that contain probiotics. In fact, eating a diet rich in whole, plant-based foods is one of the best ways to support gut health.

According to registered dietitian Jennifer Navaroli Hunter, MPH, RD, LDN, that’s partly because whole, plant-based foods are high in fiber, which healthy gut bacteria feed on. She recommends eating a “rainbow” of plant-based foods, such as berries, kale, chickpeas, oats and brown rice, for optimal gut health. “Getting a variety of color from these foods also increases our diversity of these nutrients,” Hunter told VegNews. 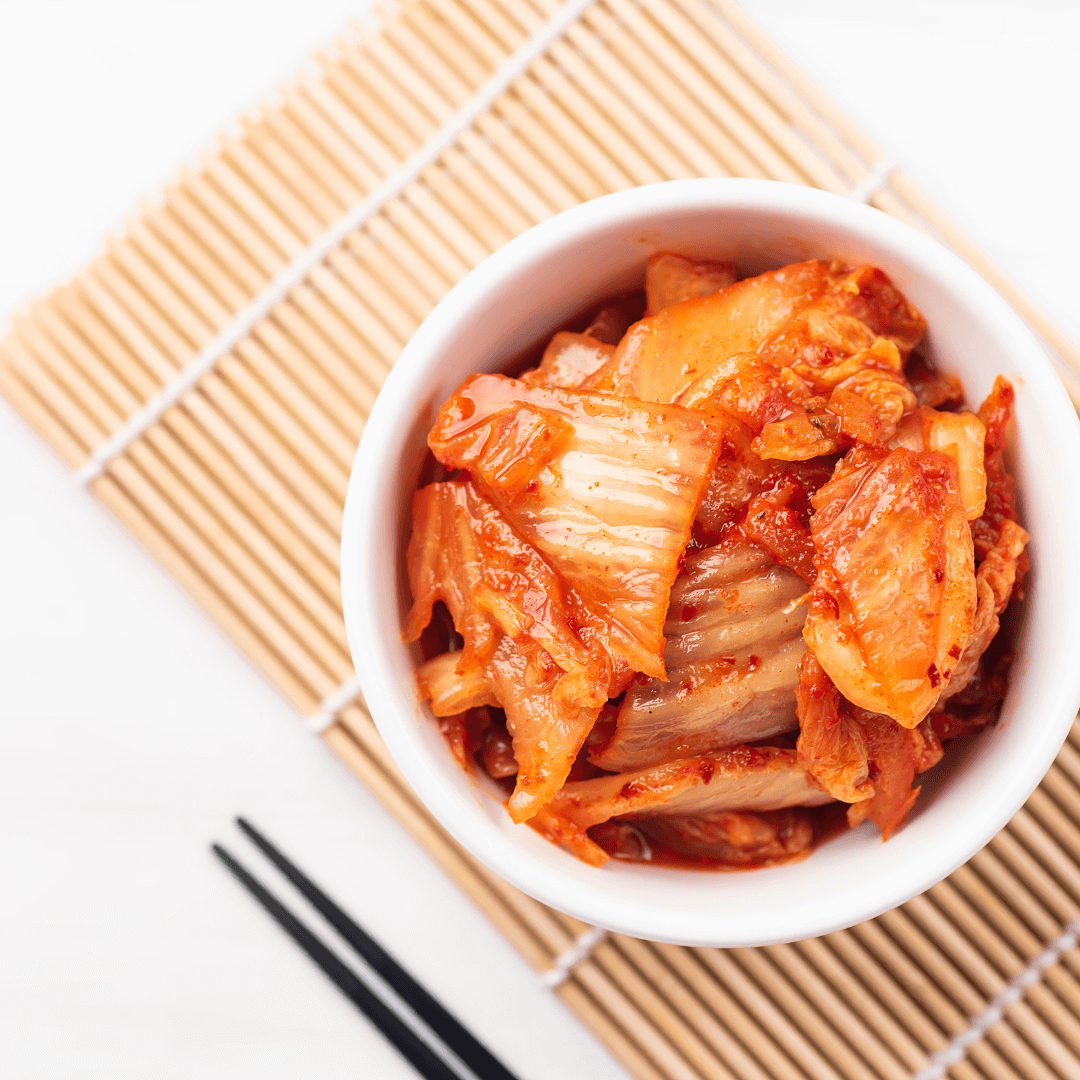 Like dairy yogurt, vegan yogurt is also a good source of probiotics. And fermented plant-based foods, like kombucha, miso, and sauerkraut, are also great gut health supplements. This is because the fermentation process helps promote the growth of good bacteria. But according to registered dietitian Jennifer Hanes, MS, RDN, LDN, you need to be aware of the type you’re buying.

“Look in the refrigerated section,” she advises. “Shelf-stable products will likely have been cooked, which kills the probiotics, or have been made with brine or vinegar, which don’t necessarily contain the probiotics in the first place.”

Hanes also states that many plant-based foods are high in resistant starch, which is also beneficial for gut health. Essentially, resistant starch helps food pass through the digestive system without being broken down, so that when it reaches the large intestine, bacteria can use it as fuel. 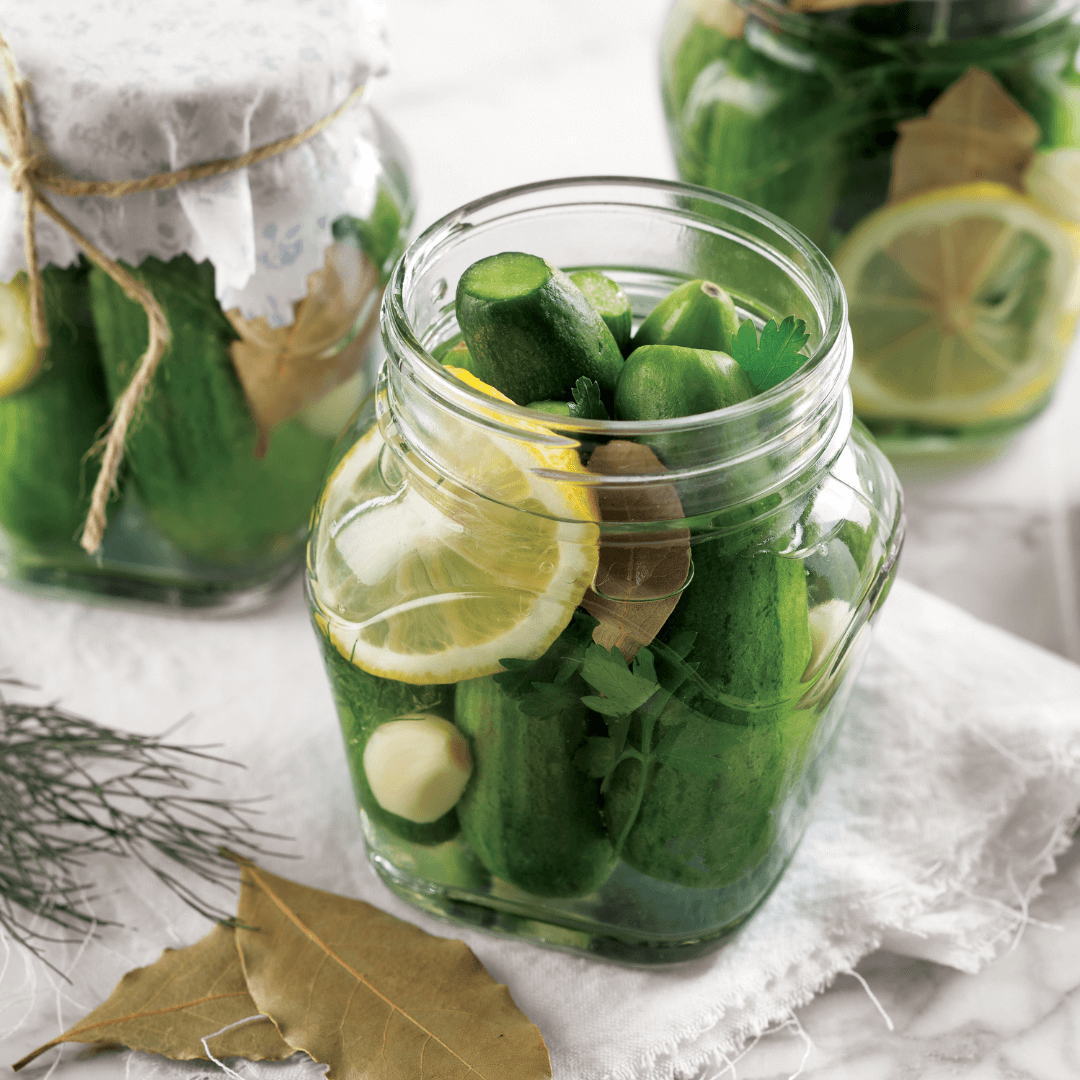 “It is found in high amounts in oats, beans, and green bananas,” notes Hanes. “You can also increase resistant starch levels in potatoes, whole grains and rice by chilling them in the fridge for four hours after cooking them.”

The Worst Foods for Gut Health

Just as we can eat foods that support gut health, we can also eat foods that don’t. “Foods such as red meat and processed foods (like bacon, processed lunch meat, and soda) lack fiber, nutritional diversity, and may not benefit long-term gut health,” Hunter notes. .

Processed meats are particularly risky for the gut. Indeed, they contain nitrates and nitrites, two types of preservatives. Although naturally occurring and can also be found in fruits and vegetables, nitrates and nitrites pose a risk in processed meat. It’s because they can become carcinogenic when they come into contact with proteins (inherent in meat) and heat (through cooking).

When they reach the intestine, a nitroso compound can be formed, which can cause cancer. For this reason, the World Health Organization classifies processed meat as a Group 1 carcinogen.

Not all plant-based foods are good for the gut either. Refined carbohydrates, such as white pasta, French fries and white bread, for example, are vegan, but they do not contain dietary fiber. It’s fine to eat them in moderation, but too much can have a negative impact on gut health. (However, alternatives like wholemeal pasta and wholemeal bread contain good amounts of fiber.)

If you’re feeling inspired to take control of your gut health, we’ve rounded up some recipes to help you do just that. And all are 100% vegan with whole-food, plant-based ingredients. 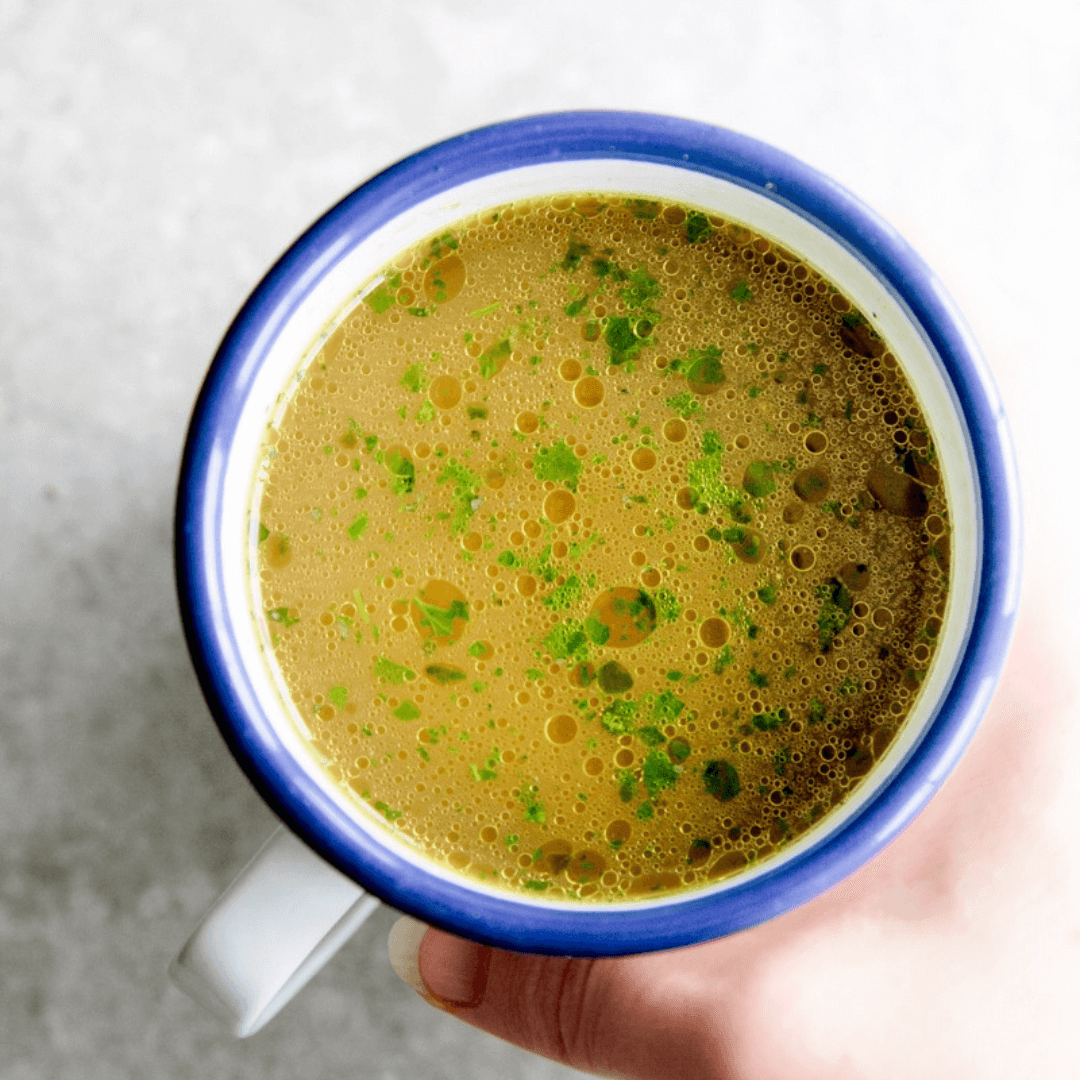 1Vegan broth that heals the intestines

Forget bone broth, this vegan alternative is tasty, nutritious and only requires gut-healthy plant ingredients like garlic, ginger and red cabbage (no bones, marrow or connective tissue here). You’ll need to set aside a little over an hour to do this, but your body will thank you. It’s also a great comforting recipe to pull out when the weather turns cold, so add it to your list of warmer winter dishes.
Get the recipe 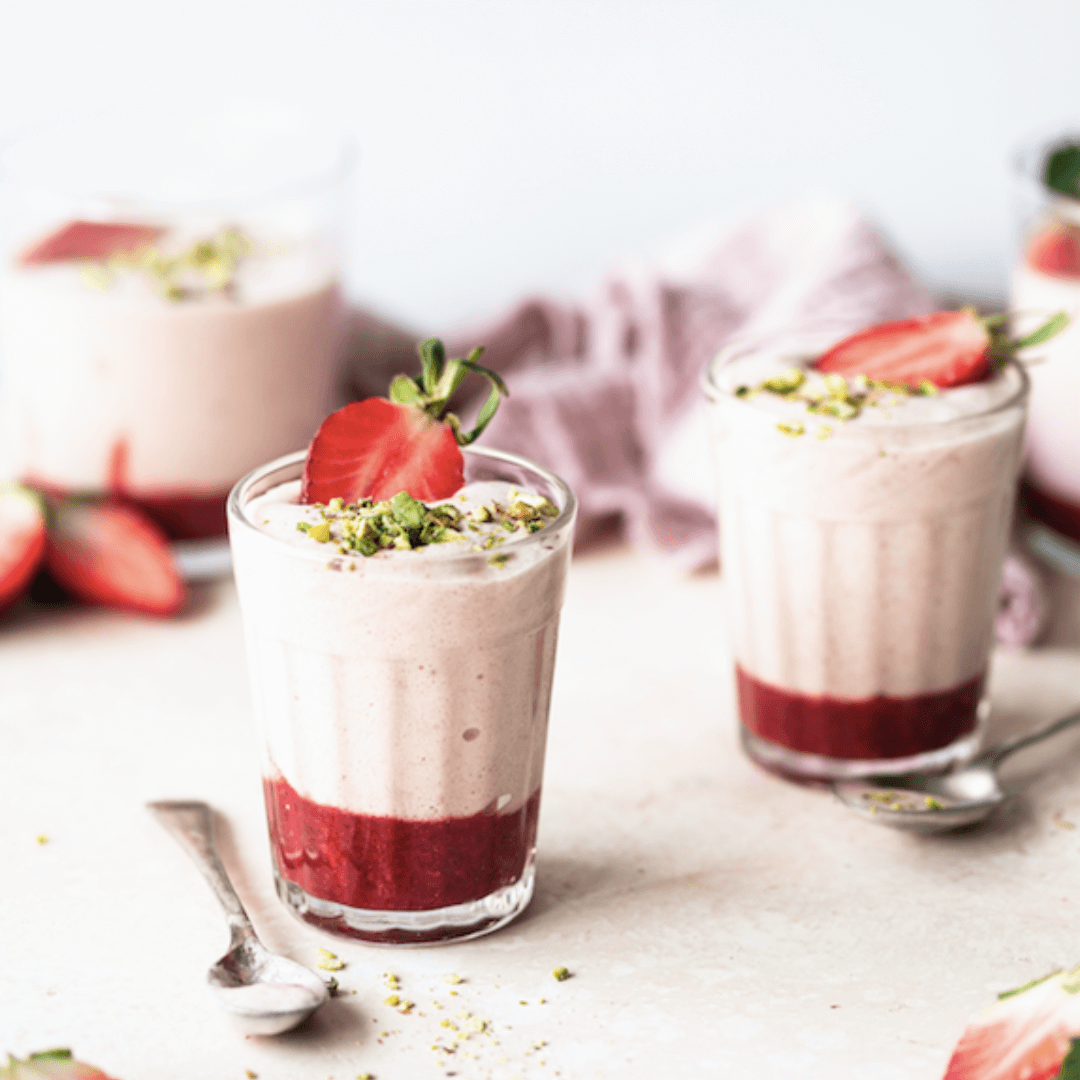 This fruity recipe is ideal for those days when you crave something sweet and indulgent. The main ingredients are a tub of prebiotic yogurt (prebiotics help promote the growth of good bacteria), chickpea aquafaba and frozen strawberries. Garnish with pistachios for a little extra crunch.
Get the recipe 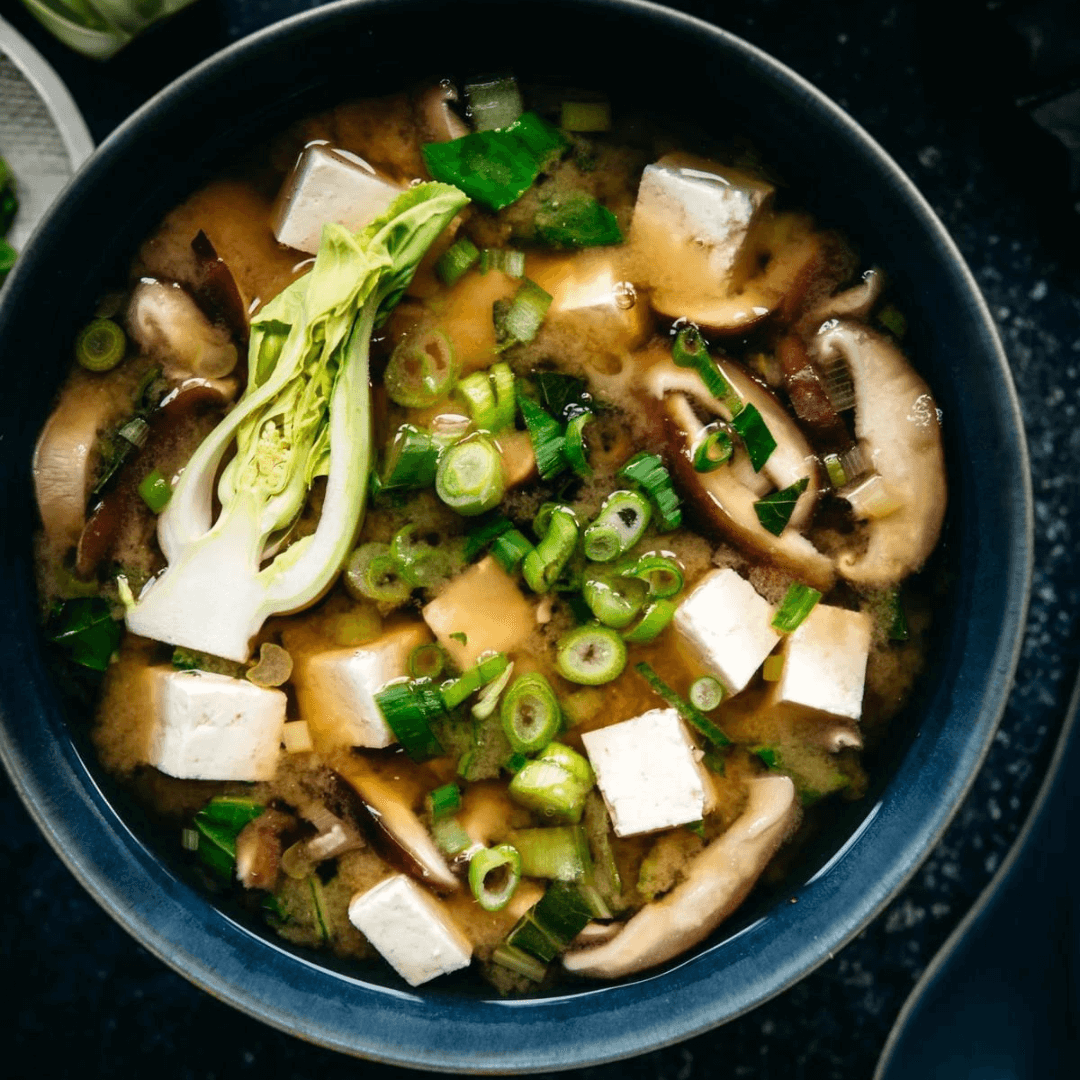 As a fermented food, research suggests that miso benefits gut health. This recipe combines miso paste, kombu (edible kelp), mushrooms, tofu, bok choy leaves, and more, to make a delicious and nutritious soup. Enjoy it on its own at lunchtime or, if you’re planning a dinner party, it’s a great starter choice.
Get the recipe 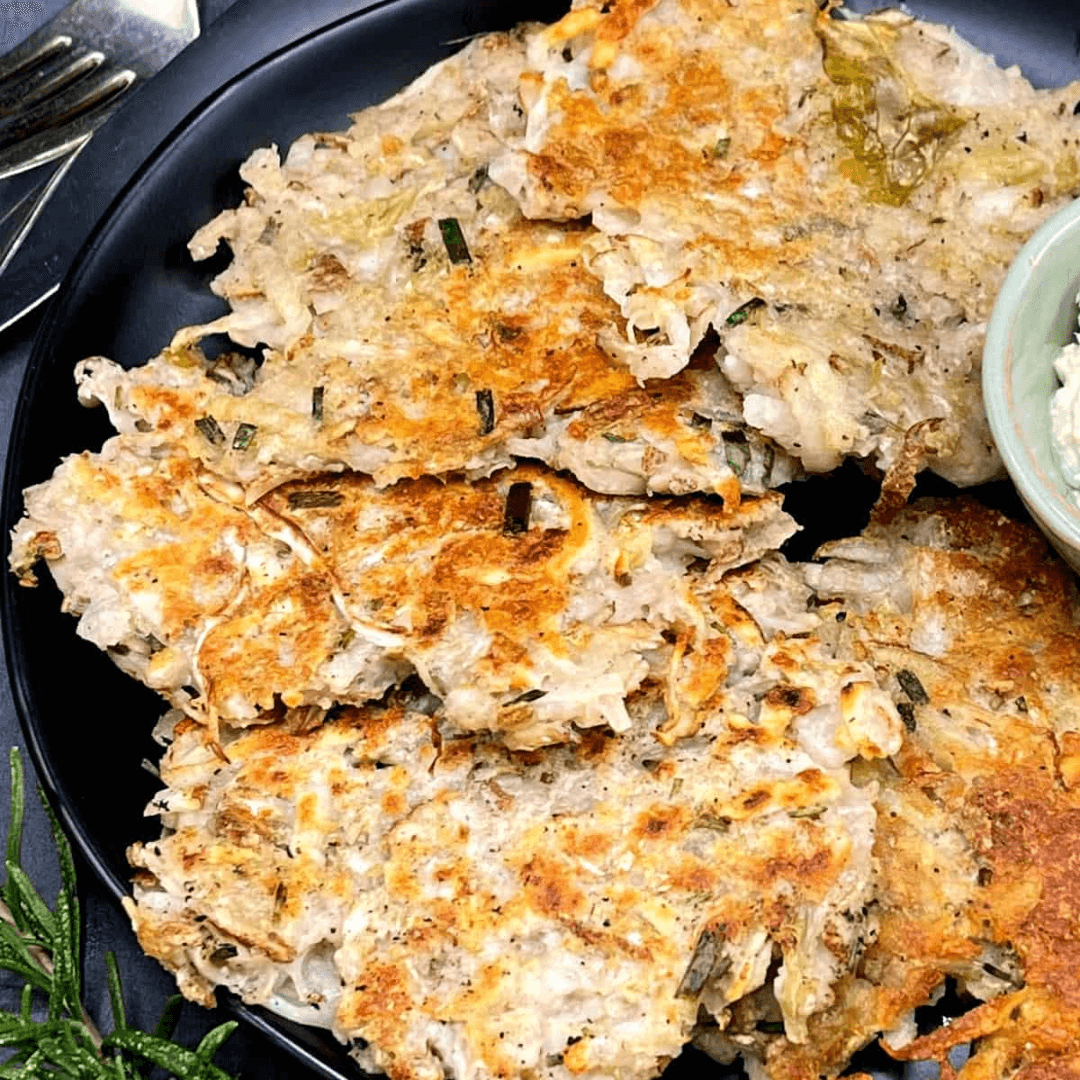 4 Vegan pancakes with sauerkraut and potatoes

Again, because it is fermented, sauerkraut is considered a gut-friendly ingredient. You can just enjoy it on its own out of the jar, but if you prefer something with a little more substance, add it to this crispy and creative potato dish.
Get the recipe 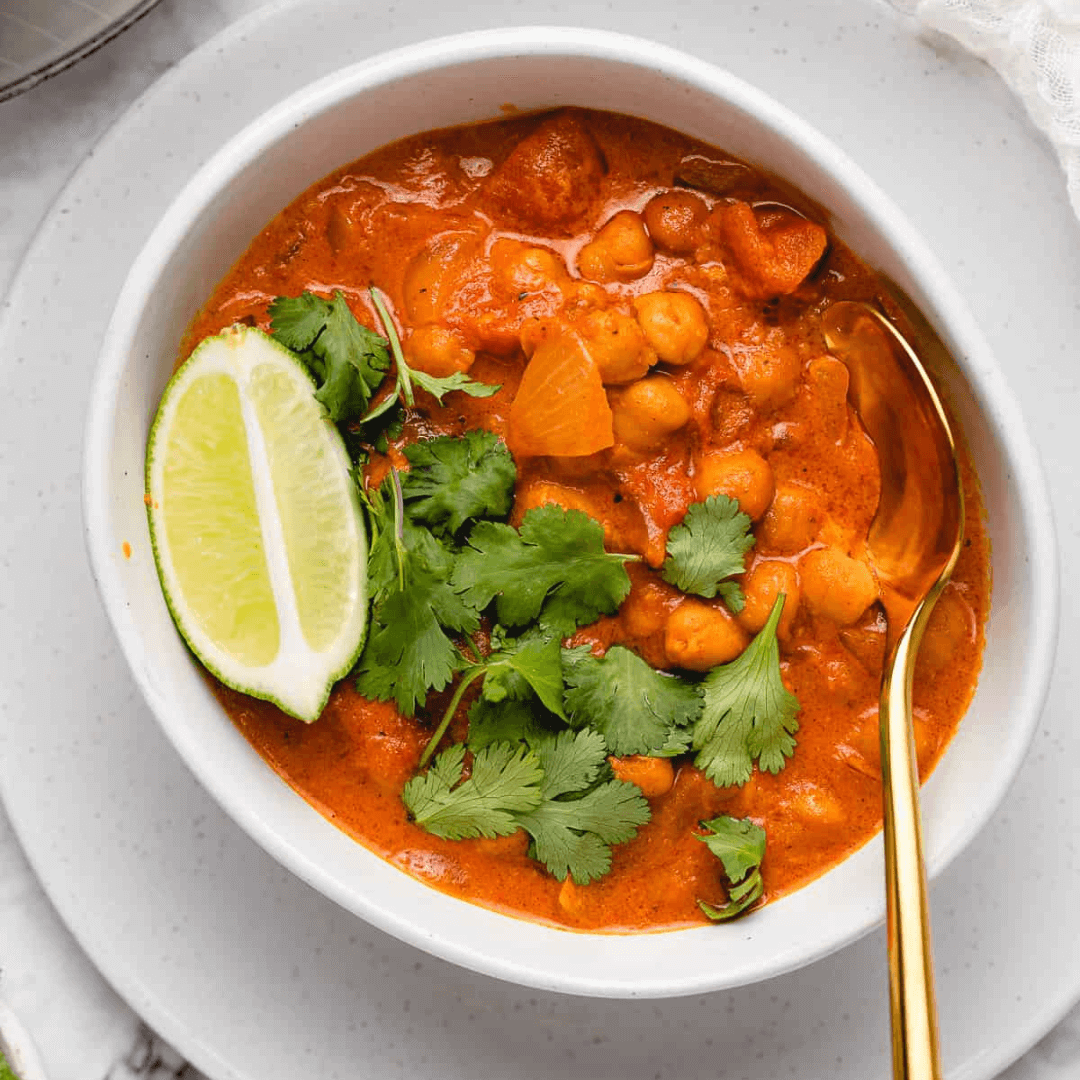 Jessica in the kitchen

Chickpeas are a great herbal ingredient for gut health because they are high in fiber. They’re a bit bland on their own, but they’re incredibly versatile and can form the basis of many tasty recipes, like this Creamy Vegan Coconut Chickpea Curry, for example.
Get the recipe