Most understand the environmental issues associated with the meat industry, but we love the taste. This could be a best of both worlds solution.

For millions of Americans, part of the fun of warming up summer temperatures is outdoor barbecues; cooking burgers while the kids splash around in the pool, grilling ribs while watching football games and inviting friends over to share plump steaks on the 4th of July. But almost all of us also have friends and family who don’t eat meat, and their ranks are growing rapidly. Most vegans and vegetarians cite the environment, human health, and animal welfare as reasons to go green…and especially when it comes to the environment, they have solid facts on their side.

We should stop here, however, and make (what might be for some) a controversial statement: there is nothing Wrong with eating meat. There is nothing wrong with killing an animal for food. Humans have been eating and enjoying meat for tens of thousands of years. And another controversial statement: it is possible hunt and eat meat ethically. In some cases, this ethical killing might even be necessary. For example, thinning deer herds in parts of North America so they don’t starve into overpopulation.

So why is meat bad for the environment? Well, humans are the only omnivore that made meat eating an industry – worth $838.3 billion in 2020 – a figure that is expected to rise to three billion by 2025. And we haven’t developed a nearly trillion dollar meat industry via the ethical slaughter of deer. Massively polluting factory farming is the only viable way to turn billions of animals into hundreds of millions of tons of meat each year, and virtually everyone today knows just how far behind factory farming operations are. to be ideal. Add to that resource issues: fresh water, land, etc., and it is clear that meat has become a problem.

Despite growing environmental awareness regarding meat, vegans and vegetarians are estimated to make up less than 8% of the US population. However, 39% of Americans told research firm Nielsen that although their diet is not entirely plant-based, they strive to eliminate as many animal-related food products as possible and aspire to become one day completely vegan. A figure like 39% is huge, and it helps confirm other research showing that plant-based foods sold two and a half times faster between 2018 and 2020.

A plant-based food maker told Forbes magazine that it saw 63% growth in 2020, but attributed that growth not to vegans but rather to omnivores. This is good news for any plant-based food company, because marketing products in a niche of, say, 6%, is hardly the path to becoming a food empire. But if that number is closer to 45 or even 50%, well, now we’re cooking. One particular segment of the plant-based food industry that is booming is the so-called “new” high-tech meat. 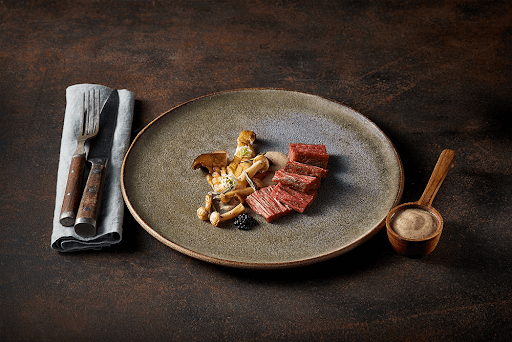 No, we’re not talking about the fancy veggie burgers or other meat alternatives you’ve seen on supermarket shelves. This new meat is made with 100% natural ingredients, but thanks to artificial intelligence and 3D printing, these new plant-based meat substitutes are, as one company slogan puts it, a completely different animal. It’s a meat substitute that looks, smells, tastes, feels and even cooks like animal meat – so much so that it’s winning fans among celebrity chefs and barbecue experts — people who, stereotypically, wouldn’t even give these products a second look.

These high-tech alternatives or new meat are already available in Israel and a few other select locations, but are about to appear in a store near you very soon. When you first taste it, you’ll be the judge of whether you agree with blind tasters and celebrity chefs, and others who donated 3D-printed meat. 90% scores for meat. If so, it would be a breakthrough that can be called revolutionary in a non-hyperbolic way.

And because the “new meat” start-ups creating these products are obsessed with taste and texture rather than a primarily environmental or animal welfare message, their products are well positioned to reach everyone from carnivores who occasionally want to take a break and have a vegan kabab, for example, vegans who want to treat their meat-eating friends to a vegan dinner party.

We are currently in the midst of a new evolutionary change in human diets. A cultural shift away from animal protein is causing many people to re-evaluate their diets to include considerations related to health, the health of the planet and, of course, animal welfare and welfare. The good news for all of us cooking enthusiasts is that we’re about to have high-tech, plant-based “new meat” options on the grill that look and taste nearly identical to chunks. of animal protein. A tremendous development that could allow us to continue to savor the tastes and textures that so many of us enjoy while helping to preserve a fragile environment.