Chilean food technology company NotCo, which makes products such as NotMilk, NotBurger, NotIceCream and NotMayo, recently raised $ 235 million in a Series D funding round. The round was led by the company. Tiger Global investment and included the participation of vegan racing car champion Lewis Hamilton, musician Questlove and Twitter CEO Jack Dorsey. NotCo is now valued at $ 1.5 billion.

With this new capital, NotCo plans to expand into new product categories in North America and evolve its proprietary AI platform. Currently, NotCo products are available at approximately 6,000 retail and food service outlets in the United States and Latin America. NotCo’s NotMilk is currently available in Sprouts, Whole Foods Market, and Wegmans in the United States, and all of NotCo’s products, including its NotIceCream, NotBurger, NotMeat, and NotMayo, are available in Chile, Brazil, Argentina, Colombia. and, soon, Mexico. The company plans to expand into Europe and Asia and offer its products to 8,000 retailers around the world by the end of this year.

Make vegan food with the help of artificial intelligence

Founded in 2015 by biotechnology engineer Matias Muchnick, biochemist Pablo Zamora and computer scientist Karim Pichara, NotCo uses an innovative and patented artificial intelligence technology called Giuseppe to analyze animal products at the molecular level in order to recreate them at the ‘help from plants. The platform analyzes the properties of thousands of plants in a database, then creates unique ingredient combinations that aim to replicate the taste and texture of animal products.

The company uses unexpected ingredients such as pineapple, coconut, cabbage, peas, bamboo, beets and chickpeas to make its vegan milk, ice cream, burgers and mayonnaise. Its mission is to reproduce animal products with more sustainable plant ingredients so that animals no longer have to be part of the food system. His NotMilk, which comes in “2%”, “reduced fat” and “whole” varieties is made with peas, chicory root, pineapple and cabbage juice and coconut. And according to NotCo, the product uses 74% less energy, 92% less water and 7% less CO2 emissions than milk made from dairy products.

“Our patented AI gives us a significant competitive advantage because of the speed and precision with which we are able to develop and bring new products to market,” Muchnick said. “The level of enthusiasm we have received from our partners is exciting and humbling. We all share a common vision of Giuseppe’s ability to quickly catapult plant-based foods into the mainstream by focusing on taste, sustainability, and infiltrating multiple categories at once. We are grateful to have the support of Tiger Global as we build a food technology brand with global reach and the ability to reinvent the food industry. 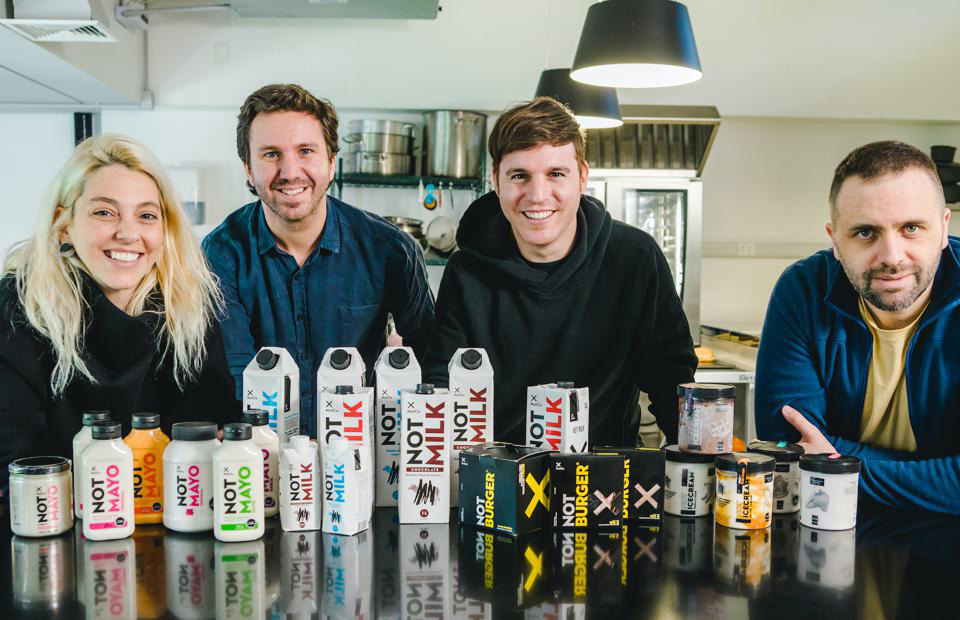 Investing in the future of food

This new round of funding brings the company’s funding to a total of $ 350 million. In 2019, NotCo raised $ 30 million from several investment firms, including those controlled by Amazon founder Jeff Bezos. This funding was used to expand its product line from its first Not Mayo product to include vegan ice cream and milk.

In 2020, the company closed an $ 85 million Series C funding round and partnered with Papa John’s and Burger King to incorporate its plant-based meat products into their menus in Chile.