“It’s important that we tap into the palettes of the community,” Kofi, who was born and raised in South Central Los Angeles, told VegNews. A beloved member of the community of historic African cultural hub Leimert Park, Kofi and Baba’s Vegan Cafe have long been mainstays of the neighborhood’s pop-up market. While the brick-and-mortar vegan cafe has received an abundance of support inside and outside the South Los Angeles and Leimert Park communities, Kofi plans to continue appearing at local events twice a year. months throughout 2022.

Raised vegetarian since birth, Kofi switched to veganism during his time in high school. Navigating his new plant-based diet in South Los Angeles, a food desert with about 60 grocery stores serving a population of 1.3 million people, proved difficult. When Kofi started attending hip-hop shows, it was nearly impossible to find late-night vegan options. Faced with this dilemma, he headed into the kitchen and started offering local hip-hop shows with vegan options.

His pop-up took off, and for the next twelve years Kofi consistently served the community at the weekly arts and crafts market in Leimert Park. “I want to see healthy people [in my community]”, Kofi said.

His family and local community, Kofi notes, were instrumental in opening Baba’s Vegan Cafe’s new physical location. After being denied rental space for dining in South Los Angeles, a community increasingly feeling the effects of gentrification, it was a local architect who came to Kofi with a list of buildings available for hire. Among them was the future location of Baba’s Vegan Cafe. After securing a dining space, Kofi and his family got to work. 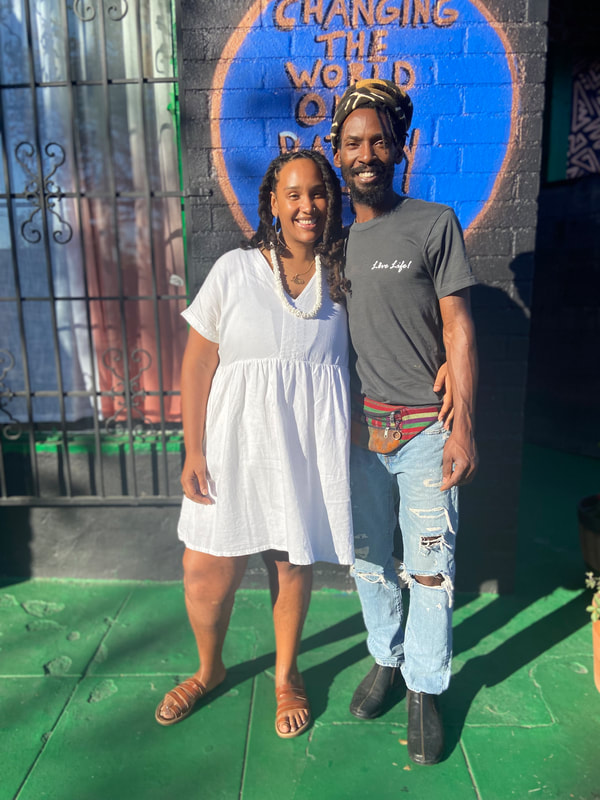 From his mother to his New York-based uncle who traveled to Los Angeles to help paint, it was all a family affair. Alongside Kofi on the journey is his partner in business and life, Lauren “Anu” Wolley Ross.

Baba’s Vegan Cafe houses a small market in its space and Kofi aims to scale it in hopes of one day making it global to continue supporting local artists, businesses and future generations.

“I dare to be the change, to be the pioneer,” Kofi said.

Jocelyn Martinez is associate editor at VegNews and lives in Los Angeles, California.