Joanne Lee Molinaro remembers her parents being reluctant to bring American dishes to the table, except during the holidays. After turning to a plant-based diet several years ago, she learned to navigate Thanksgiving by incorporating Korean dishes from her childhood into the menu but with a vegan bent. Japonchae, a labor-intensive glass noodle, is usually reserved for holidays. She remembers her elementary school teachers asking for her mother’s spring rolls, which she learned to vegetate and which are devoured at each gathering. A favorite ingredient, Molinaro uses red bean paste in its version of a pie stuffed with challah and pecans. Molinaro’s TikTok tracking resulted in “The Korean Vegan Cookbook: Thoughts and Recipe from Omma’s Cooking. “

I’m not ashamed to admit that I ask for this dish on every birthday, Thanksgiving, and Christmas. Why? Because it’s so delicious. It’s basically a hot Korean pasta salad, with naturally gluten-free pasta (sweet potato vermicelli) and a ton of veggies. Because the vegetables need to be julienned and sautéed separately, it can be time consuming and labor intensive, which is why I reserve my requests only for the most special occasions.

This is a delicious braided challah made with a little sweet red bean paste, or paht. Because kidney beans aren’t too sweet, they pair well with the firm, tight crumb of challah. I like to sprinkle the top with a little sea salt and sesame seeds to really bring out the nutty sweetness of the beans.

One Thanksgiving I decided I wanted to make a pecan pie that my family would actually eat. We’re not fans of overly sweet desserts, but my dad loves pecans. The answer to creating a less cloying topping was simple: paht! Not only was the red bean paste much less sweet than the typical custard filling of a traditional pecan pie, but I knew my family would instantly appreciate the familiar flavor. I presented my little pie on Thanksgiving, and since then, I’ve been asked to bake it every year. 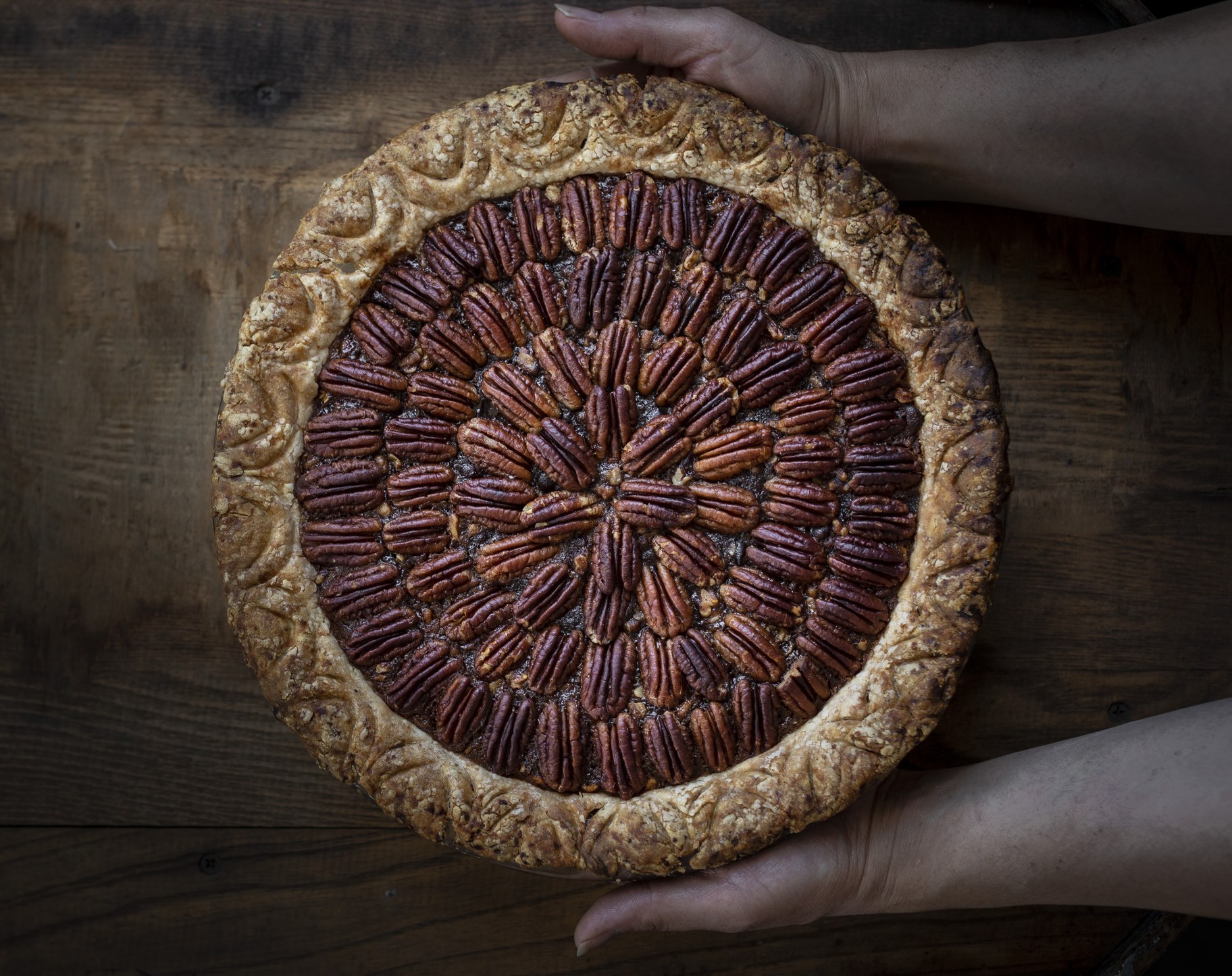 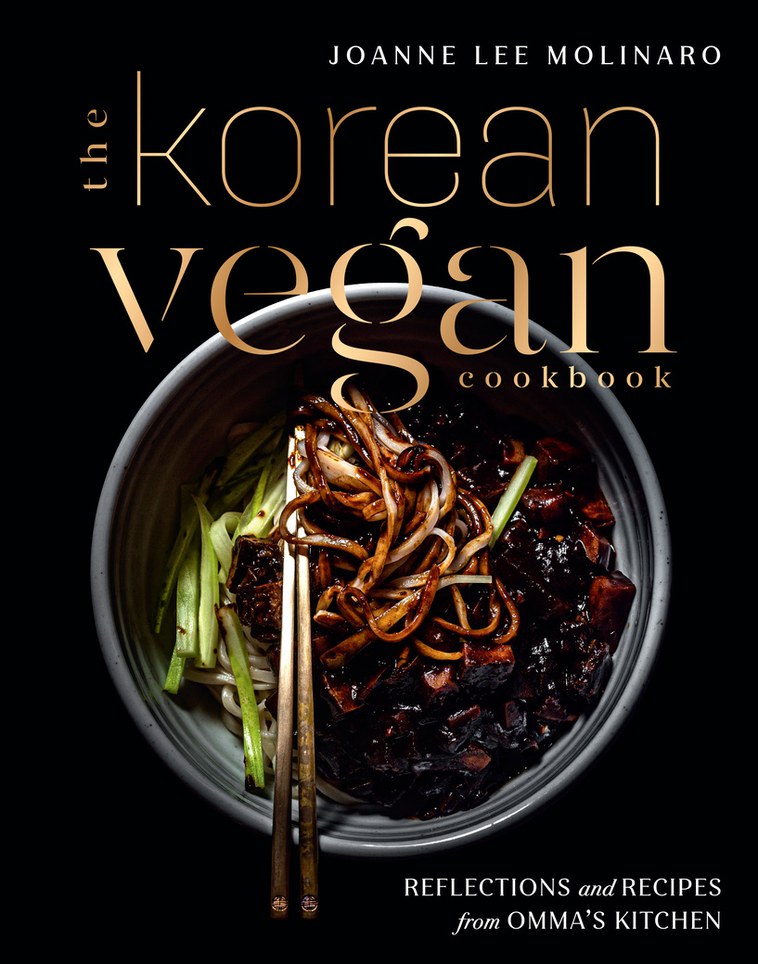 In “The Korean Vegan Cookbook,” Joanne Lee Molinaro explores her family’s legacy while modernizing the recipes for a plant-based diet. Photo courtesy of Avery.