According to a study published in the Journal of General Internal Medicine, people who follow a vegan diet for about 18 weeks lose an average of four pounds more than those who follow an animal-based diet. The beauty of the vegan diet is that there are no gimmicks involved, no outright calorie restriction, and no mid-afternoon malnutrition binge. Plus, you can eat carbs (i.e. unrefined carbs)! Follow these six tips to lose weight the healthy way and, in the process, save animals and the planet.

What is a vegan diet?

A vegan diet used to be synonymous with a healthy and relatively complete diet. Today, veganism encompasses a broader definition. Instead of a plant-based diet, it’s perhaps best defined by what it doesn’t include. A vegan diet is free from all animal products, including meat, dairy, fish, eggs, honey, gelatin, and any other substance that may have come from an animal. Despite the elimination of these foods, a vegan diet is extremely abundant, especially given the innovation of plant-based products over the past decade. There is a vegan version of virtually every animal-based food, and while these foods may come from plants and are always free of animal-based ingredients, they are by no means a complete food. Many vegan products contain ingredients you can’t find in stores, such as methylcellulose, natural flavors, and various gums and starches.

What is a vegan diet? Like any diet, it can be rich in healthy foods such as fruits and vegetables, beans and legumes, nuts and seeds, and herbs and spices. it can be full of fats, sugars and artificial ingredients; and it may be somewhere in between. The unifying factor of all vegan diets is that they are completely animal-free.

What is a healthy weight?

There is no simple equation here. A healthy weight is based on the individual and is not necessarily determined by the scale. “There is no universal healthy weight. And generally, the scale weight can be dangerous because it varies widely depending on your hydration status, your stool and where you are in your body. menstrual cycle Bodies are unique and can support different amounts of weight while being healthy (disease-free),” explained Whitney Stuart, MCN, RDN, CDE and Whole30 Coach.

Instead of facing the scale, Stuart recommended looking at your total body composition. Essentially, how much of your weight is based on bone, muscle, and fat tissue. “A DEXA scan or bioelectrical impedance analysis (BIA) is a simple way to analyze the specific distribution of muscle, bone, and fat tissue in your body. It can help determine whether to lose body fat, gain muscle tissue or improve bone density,” Stuart explained.

Your mental health can also play a role in determining a healthy weight for you. How you feel about your body is important. Does your current weight allow you to do all the things you want to do or do you feel embarrassed by it? Note: it can go both ways. Those who are underweight may struggle to perform, just as those who are overweight may struggle with daily tasks or hobbies. If you are underweight and lack the energy to fully engage in certain activities, or if you are at risk of a bone fracture, this could be a sign that you need to gain weight.

Eating a relatively whole, plant-based diet shouldn’t result in rapid weight loss until you significantly reduce your calorie intake at the same time. While dietitians claim weight loss isn’t as simple as calories in versus calories out, it’s helpful to know that 3,500 calories equals one pound. So if you were to cut your daily calorie intake by 500 calories (3,500 calories over a week), you would lose about a pound a week. This is in the realm of safe weight loss. It is when you begin to lose more than one to two pounds per week that you consider “rapid” weight loss and perhaps cause for concern. One such risk of rapid weight loss is rebound. Severe calorie restriction and/or extreme exercise that results in the loss of more than a few pounds per week is virtually impossible to sustain, and at some point you will plateau. While in theory one could adapt to a new lower weight, extremities tend to follow and old habits of overeating and/or lack of exercise can arise. This is called the yo-yo diet – a regimen more than 30 percent of Americans have fallen into. The physical risks of rapid weight loss can include fatigue, headaches, constipation, dizziness, and malnutrition.

6 tips for losing weight on a vegan diet

Weight loss and nutrition is all about return on investment. You want to aim for foods that are low in calories but high in nutrients. Stick to them, and not only will you feel energized and full throughout the day, but you won’t have to worry about calorie counting either. Generally, vegetables contain the fewest calories while providing a robust nutrient profile, followed by fruits, starches (squash, potatoes, corn, and oats), whole grains, beans, and legumes. Focus on these foods to make up the bulk of your meals, and eat high-calorie plant foods such as nuts, seeds, and avocados sparingly.

“Simple swaps like cereal for oatmeal and soyrizo for tofu improve the nutrient density of foods while eliminating the added prevalence of inflammatory sugar and oil,” Stuart said. 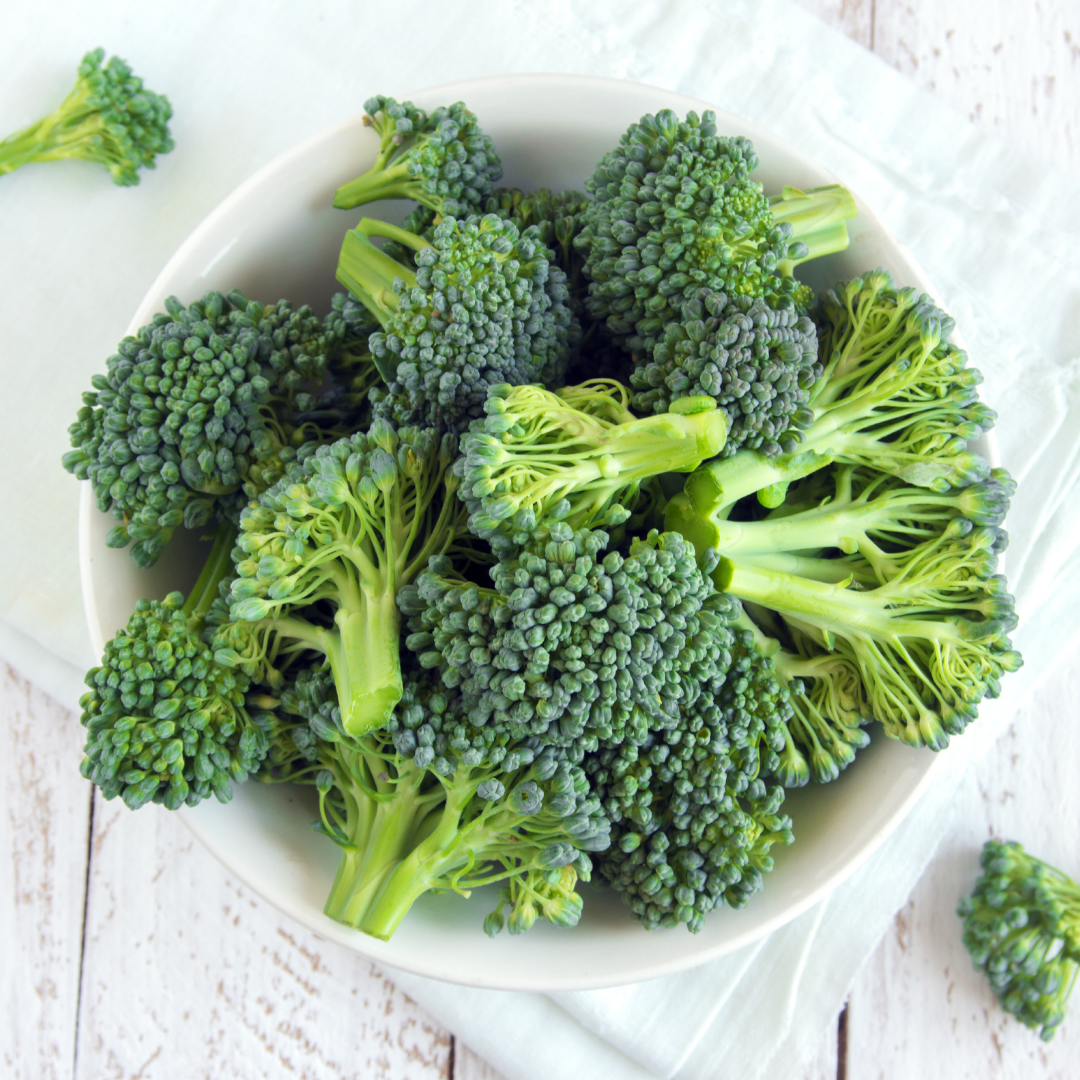 Constant hunger is one of the biggest reasons diets fail. When you focus on fiber-rich foods, you’ll feel full longer, because this essential (but highly underrated) nutrient is slow to digest. Most Americans lack fiber and don’t even come close to the American Heart Association’s recommendation of 25 grams per day. Fiber-rich foods include leafy greens, fruits, legumes (including beans, lentils, and peas), and oats. 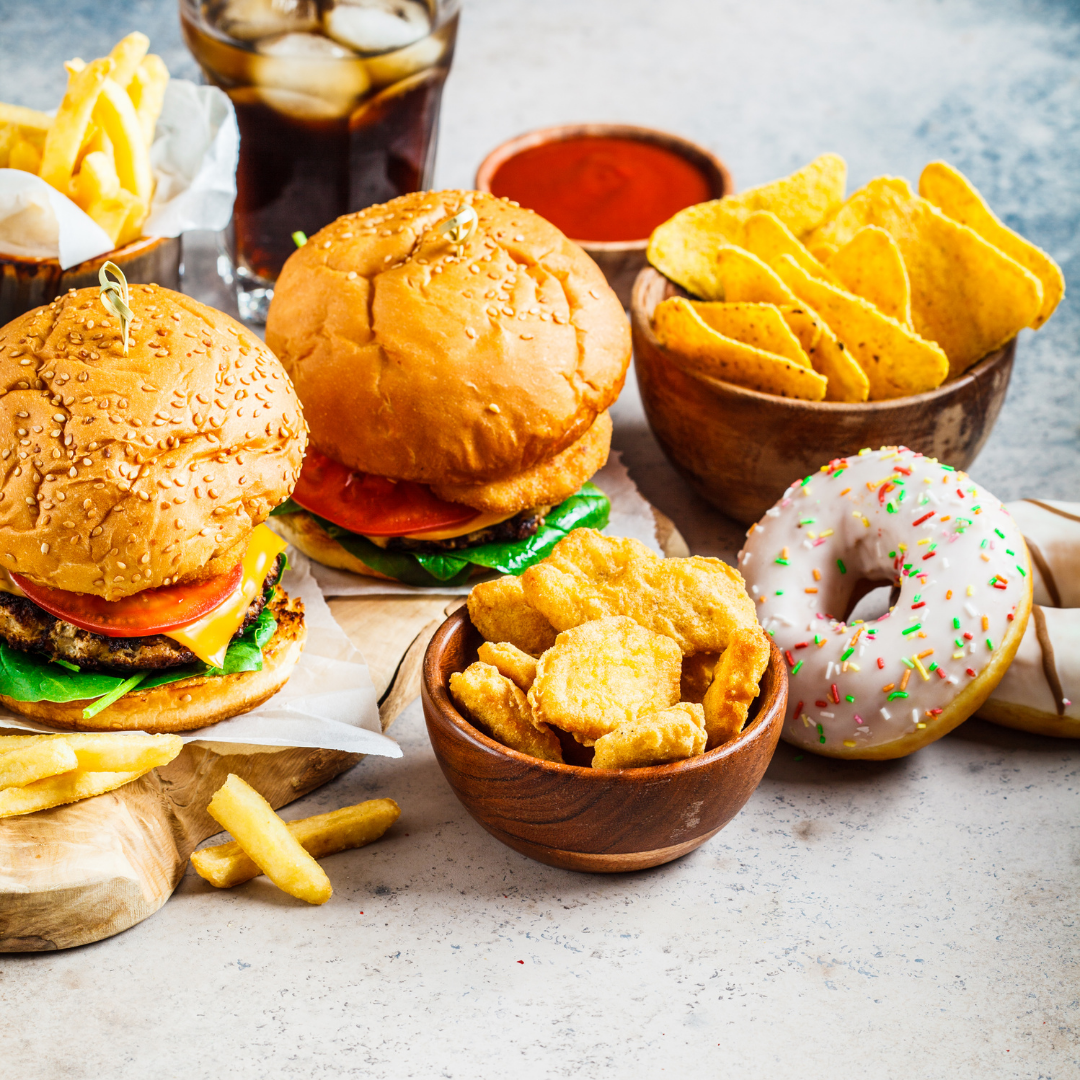 Sure, these vegan crackers may contain fiber, but they likely also contain calorie-dense oils and other ingredients that could lead to weight gain. It’s a wonderful thing to live in a world where vegan options abound, but just because they exist doesn’t mean we should be helping ourselves to dairy-free ice cream or vegan grilled cheeses every day. Focus on the plants and only enjoy these vegan treats occasionally. 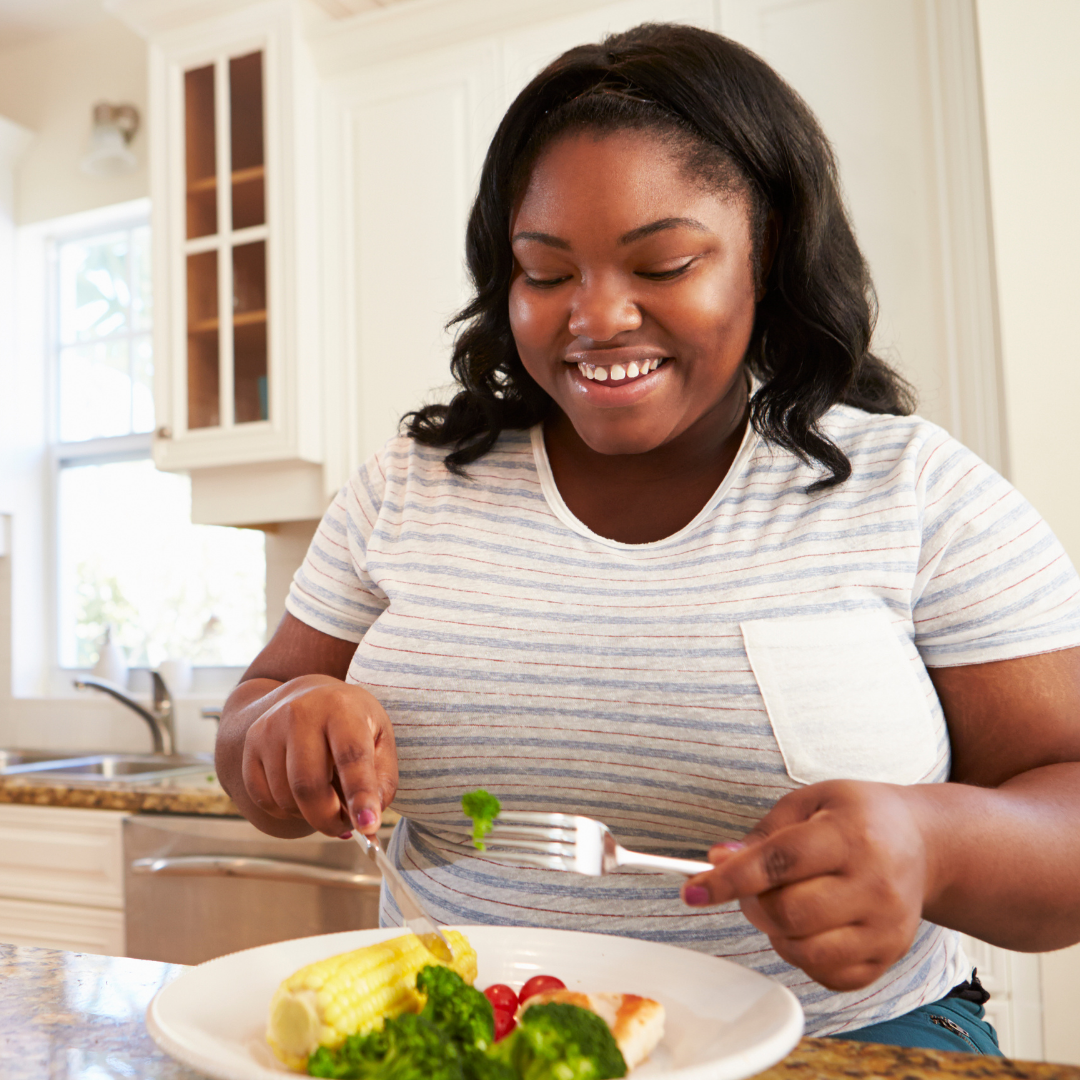 We’ll just say it – cravings suck. Along with hunger, these incessant neurological signals are another culprit for weight loss failure. There’s no magic pill to stop cravings, but over time you can at least bend them to your will. Your taste buds and gut microbiota can adapt to what you feed them. Over time (give it about six weeks), your body will start to crave the healthier food you give it. We know this is a major trust exercise, but we promise it works. For example, there’s probably a vegan product or vegetable that you didn’t like before you became vegan. Not a fan the first time you tried vegan cheese, but now you always keep it in stock? Scared of Brussels sprouts, but now you crave it every winter season? See? Trust the process.

“Give yourself a chance to get used to the food as an adult,” Stuart recommended. “I always suggest using a favorite flavor profile with new foods. Adding a known flavor to a new food. Love Mexican? Make a spicy tofu scramble! 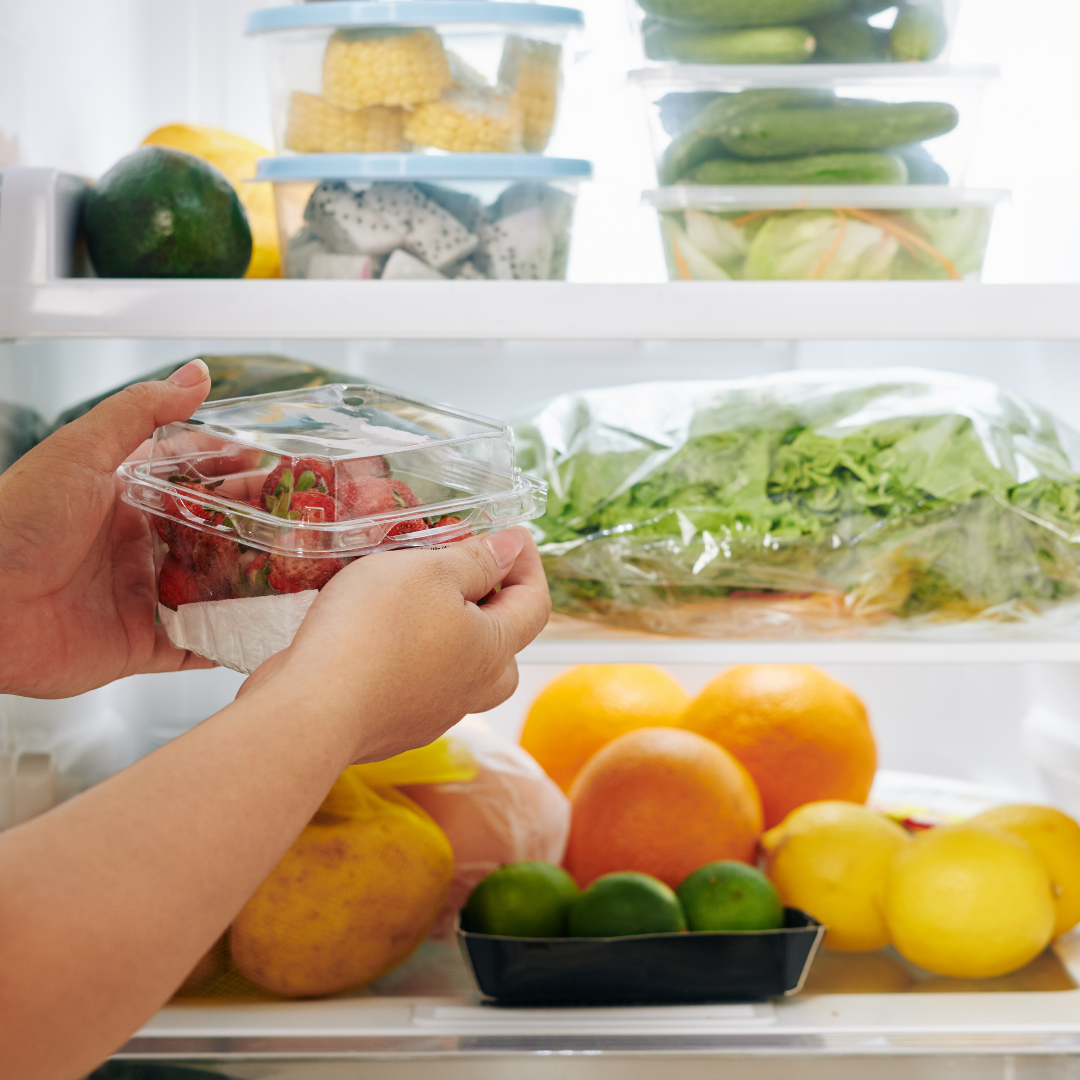 5 Put food in your fridge

Don’t leave your meals to impulsive decisions. You don’t have to write a plan or spend hours preparing a Sunday meal, but you do need to keep healthy foods on hand so you don’t get vegan pizza delivered. Convenient foods to keep on hand include frozen vegetables, quick-cook cereals, pre-chopped vegetables and lettuce, canned beans, oil-free hummus, and sauces (try Roots), and fruit galore (if you’ve never tried cotton candy grapes, you have to). With a well-stocked kitchen, there’s no excuse not to eat incredibly delicious plant-based meals. 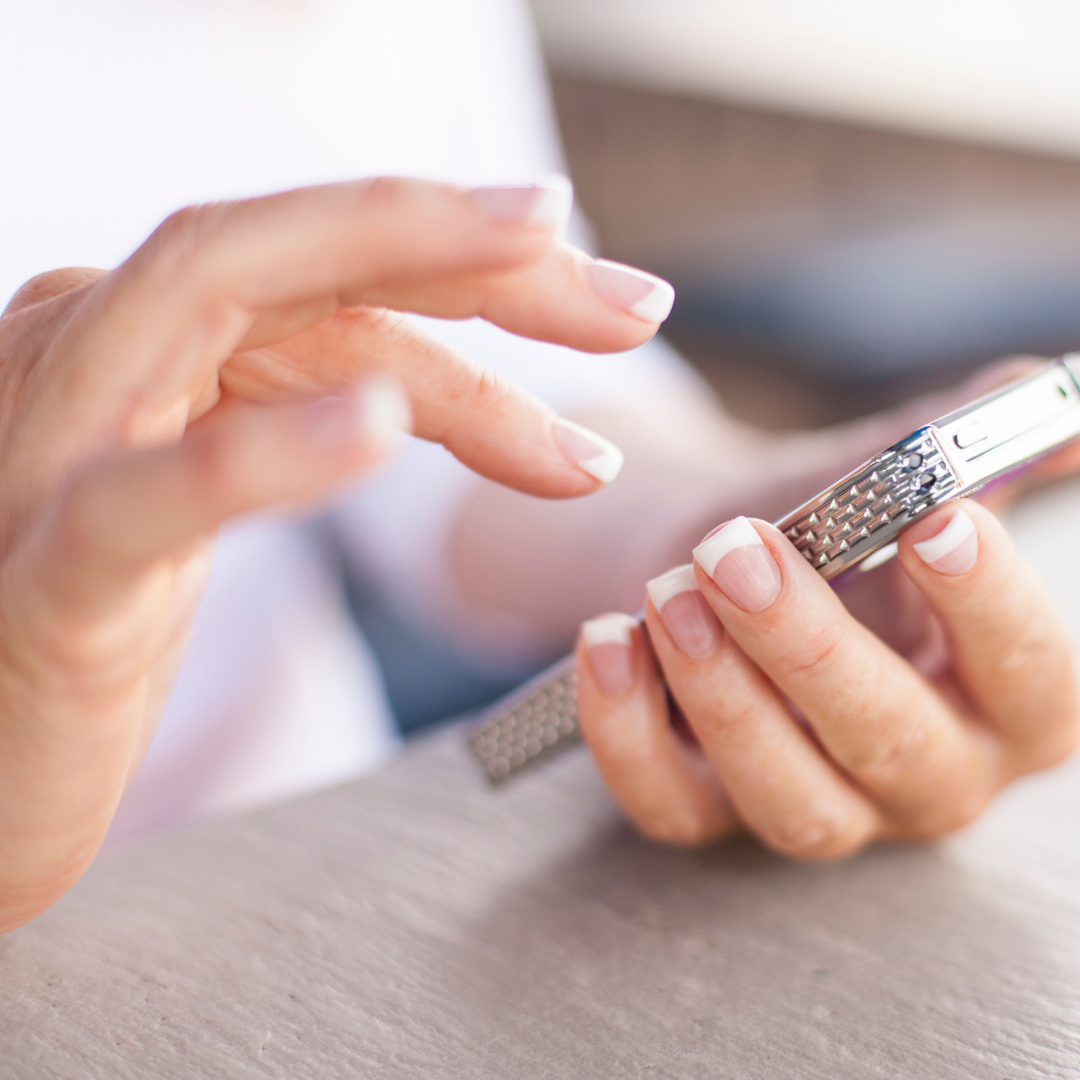 Just like you don’t follow someone who gives off negative vibes, it’s helpful to unfollow accounts that trigger cravings or undermine your self-esteem. If you know you act impulsively every time your local vegan bakery posts a two-for-one offer, it might be time to take a break from that account (you can always follow them again after you reach your goal of weightloss) . Also get rid of any accounts that make you feel guilty or make you think you’re not good enough. Images of ripped vegan bodybuilders or skinny plant-based yogis can be aspirational and motivating for some, but if they make you feel bad or trigger thoughts of despair, these accounts aren’t helping. During the first few weeks of your weight loss journey, you can even delete the app from your phone. Focus on yourself because you are worth it and you will succeed.

Tanya Flink is a digital editor at VegNews as well as a writer and runner living in Orange County, CA.